Tornado Valley - "he won races you dream of winning" 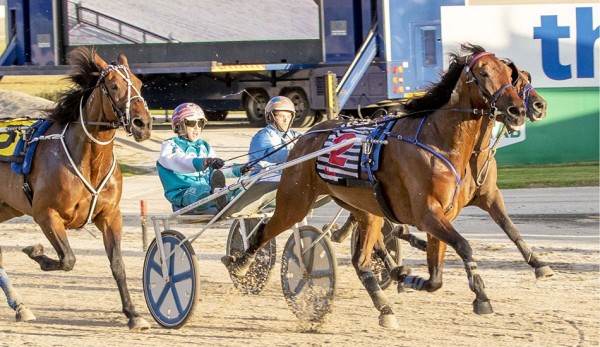 Tornado Valley started his career in New Zealand, where he had seven wins from 57 starts. He was bred by Petina Gaugler and Ashburton trainer-driver Terry MacMillan. He was by Skyvalley out of Gaugler's Sundon mare Begin.

In 2018 he was bought by Gath’s major owner Norm Jenkin and moved to Victoria. He immediately became a star.

“We’ve got so much to thank Terry and Petina for,” Gath said. “They gave him every chance to develop and took their time with him,” he said.

“We’ve kept in touch with them along the way and I know how thrilled they were when he passed the $1 million recently.”

Gath said the timing just felt right for retirement while he was still racing well at the top level.

“He’s still very competitive at the top level, he was only beaten a nose in a heat of the Great Southern Star three starts,” he said.

“He loves being in work and being around the stables and we wanted to give him another go at the Great Southern Star having won it the past two years, but he can enjoy retirement now.

“He’s been an amazing horse for Norm Jenkin (owner), Kate (Gath) and I. He won races you dream of winning.

“I’ve been lucky enough to train some fantastic horses in my career, but Tornado Valley is one of only two I would call a champion. My other former top trotter La Coocaracha is the other.”

He is the ninth richest Australasian trotter.

The son of Skyvalley’s biggest wins came in the 2018 Melbourne Inter Dominion final along with the 2020 and ’21 Great Southern Stars finals. All races were at Melton.

“His record probably would’ve been even better, but he was such an awful traveller we really couldn’t take him interstate or over to NZ to race. He just stayed at home,” Gath said.

“The two greatest wins for me were that Inter Dominion final where he won all three heats and the final in our backyard along with his win in the heat, more so than the final, of the 2021 Great Southern Star.

“That’s the race where he proved himself a champion to me. He was first-up from a spell and we really didn’t know where he was at going into it. He’d been written-off by plenty, but he came out and won that heat and the final a couple of hours later.”

“We’re excited about that,” he said. “The plan is for him to become an ambassador for the program and a documentary to be made about his transition.”