The inaugural edition of The Race will be held at Cambridge Raceway in April and will carry an initial stake of $900,000, with prizemoney expected to surpass $1 million in its second and third years.

Waikato-Bay of Plenty Harness Inc. have today released the names of the 10 slot holders who will be scouting for runners in the first three editions of the ground-breaking race.

Each slot holder has signed on for a three-year term. 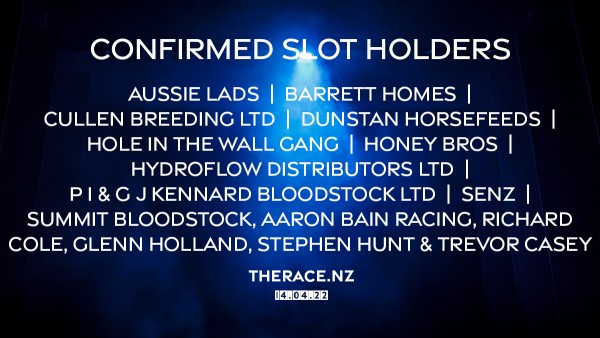 Cambridge Raceway CEO Dave Branch said he was thrilled with the quality and depth of the slot holders, from both sides of the Tasman.

“We have a really good mix of individuals and businesses which will bring their own energy to the promotion of The Race,” he said.

“We’re excited to see the negotiations begin now as to who can secure which horses, that will be a huge part of the build-up. There’s already a lot of discussions underway and we think it could be one of the best fields we’ve seen in New Zealand.”

The Race takes place at Cambridge Raceway on Thursday April 14, 2022, the day before Good Friday, it is a 2200m pacing event for horses aged three or older.