Telfer eyes up winning chances tonight at Auckland and Addington 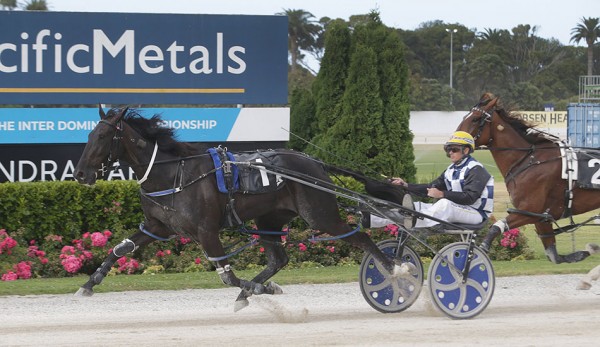 Because as the Stonewall Stud machine Telfer is the head trainer for is about to take its business to the next level, Telfer knows northern stable driver Ben Butcher is a crucial component.

For the last two weeks, including last night, Telfer has been sending teams to Cambridge requiring horsepeople from that region to assist in getting them ready for the races and using Waikato drivers since Aucklanders couldn’t leave the region.

He still had plenty of success, with the bonus of being able to call on David Butcher to drive many of his Cambridge horses but Telfer’s No.1 stable driver is Butcher’s son Ben, who like his boss has been trapped in Auckland.

“We are really looking forward to having Ben back driving tonight even though we have been very fortunate with the standard of drivers we have been using at Cambridge,” says Telfer.

“Ben is a big part of our success. I think it is really valuable to have a senior, professional driver like him able to drive horses in work every day.

“They can help with feedback, get horses out of bad habits and you can really notice the difference with them working and then able to drive them in races.”

“So to have him back tonight and to be back at Alexandra Park is great.”

The pair will have some talent at their disposal too with Mitch (R4, No.7) and Riverboy Ben (R5, No.8), a handy support team and winning chances at Addington tonight as well.

“Mitch was good last week at Cambridge when not much went right for him early but I like the way he fought right to the line,” says Telfer.

“He will improve with that and while he has a tricky wide draw tonight he will still be hard to beat. He is a smart horse.”

Riverboy Ben is one of those constantly-improving horses trainers love, the type always stepping up to the next challenge, which he will need to do in what could be the race of the night.

“He is a horse we really like but is in a nice field with some gate speed inside him. But he is worth following.” While the open class pacers didn’t get their race off the ground tonight Telfer will endeavour to keep Dance Time in the north in coming weeks to support the two open class races programmed as lead-ups to the New Zealand Cup.

But he and sister/training partner Amanda already have a strong presence in the South Island where Stonewall Stud owners Steve and Jill Stockman are setting up a second training establishment with the Telfers.

“The team down there are going really well and it is going to be great having that southern base when we have horses who need to travel there for carnivals as well.”

Among those already in the south are high class mares Enjoy Me (who trialled well on Wednesday) and Darling Me, who starts in a hot mare’s race at Addington tonight.

Darling Me is up against her own stablemate Kerri Maguire but more imposingly Miracle Mile mare Stylish Memphis but Telfer expects a bold showing.