Former New Zealand Cup winner Thefixer has been officially retired from all racing.

It was hoped the million dollar-winning pacer would press on to another Cup bid on Tuesday, November 9 but the owners have decided against that, saying they have to look after a horse who’s given them so many thrills.

“We have been dealing with a suspensory issue since February,” says Thefixer’s co-owner Philip Kennard, “and then he developed another, not in the same spot but it is the same leg.”

The extent of the problem was only revealed late last week.

“He wasn’t lame or anything like that,” says trainer Regan Todd, “he just needs a bit of R and R and he’ll be good to go with his new life.”

His most memorable performance was in 2018 when Natalie Rasmussen, who played a huge role in his development, won her first and so far only New Zealand Cup.

“He drew one, he stepped, that was a highlight,” says Kennard.

The following year “Tosti” finished third to Ultimate Sniper in the Interdominion final, second to Spankem in the Miracle Mile in Sydney and second to Self Assured in the Auckland Cup. 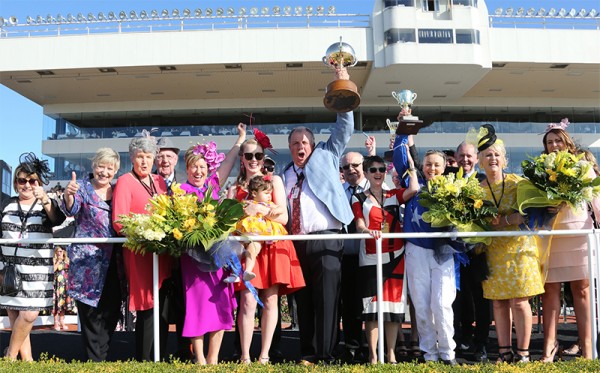 Kennard also fondly remembers his horse gunning down favourite and stablemate Vincent on Cup day in 2016 in the Avon City Ford Mobile Pace.

“That was an outstanding run.”

Since June 2020 Thefixer had been trained by Todd on the beach at Woodend in North Canterbury. He moved there from the all-powerful All Stars stables of Rasmussen and Mark Purdon because of long-standing foot problems.

“It’s never easy to shift a horse,” said Kennard at the time, “but everyone agreed that his best chance of getting back was going to the beach.”

Under Todd’s care he had ten starts, adding another $64,013 to his earnings and pushing him over the million dollar barrier.

His last race was a third in the Group Three Summer Cup at Addington in February this year, behind Pembrook Playboy and Self Assured.

“We are just so grateful to get the opportunity to train a horse like him, New Zealand Cup winners don’t come through the door every day,” says Todd.

Just where to from here hasn’t been decided. “He’s got a great nature and is very kind – and he’ll have a great life after racing, whether it’s as a hack or a trekking horse,” says Kennard.

And Todd agrees : “He’ll make a lovely horse for someone”.