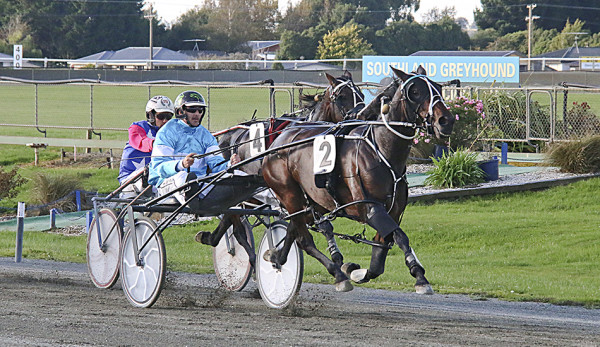 The local horseman has kept an impressive strike-rate over 30 years as a trainer, and it is something he is pretty proud of.

“We have always been a pretty good strike-rate stable, it is something we like to pride ourselves on,” Faithful said.

“We don’t like to go unless we think they are ready. But getting up is good.

“I have never worked a really big team. I spent three seasons at Ben Calder’s where we had a dozen to 15 horses in work, but back out on my own, I have only trained a maximum of six horses at any one time.”

While his stable has been small on numbers, the quality of the graduates has never waned.

“We have had a lot of good horses over the years,” he said. “We have been pretty lucky. This filly is carrying on from that. We had English Elegance years ago and this is the same breed.”

Suzie Rocks finished second first-up earlier this month behind Bettor Talk Art and Faithful said he took plenty of confidence out of that run.

“It was a pretty nice horse that beat her and she was short going into that first go,” he said. “She took heaps of improvement out of it and lined-up a pretty fit horse today.”

The daughter of A Rocknroll Dance took an earlier one-one position on Thursday before driver Shane Walkinshaw continued to roll forward with his charge and eventually wrestled the lead off Tac Mac after a speed duel.

That proved to be the winning of the race, with Suzie Rocks maintaining her advantage over her rivals, winning by 1-1/4 lengths over Tac Mac, with 1-1/4 lengths back to Debutante Party in third.

“She went super,” Faithful said. “It was a pretty tough run, but she is one of those horses that the harder they go the better it suits her.”

Faithful was also full of praise for Walkinshaw.

“Shane drove the horse well,” he said. “He did everything we asked and he is a really under-rated horseman.”