Storm lashes Westport : “It was a beauty” 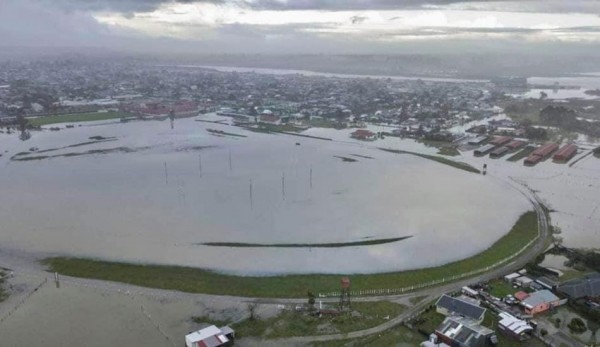 Despite the torrential rain that has lashed the upper South Island, Westport Trotting Club president Johnny Reedy is adamant “nothing is going to stop us racing”.

Westport had an estimated 160mm of rain between Friday and Sunday with flooding resulting in more than 2000 residents having to leave their homes.

The Reedy family farm is about five kilometres from Westport.

“It’s the biggest flood we’ve had in eighty years,” says Reedy, “the rain just kept coming, she was a beauty.”

At one stage the Westport Trotting Club’s headquarters, Patterson Park, was essentially under water.

“We’ll have to re Gib and re-carpet,it’s a significant job ... but we do have insurance, so it’s just money and time.”

The deluge rekindled memories of a storm that hit the West Coast in February 2018 when the racecourse was engulfed after saltwater came up from the Orowaiti River estuary about 500 metres away.

This time Reedy says the damage isn’t so severe.

“The track will be fine. I’m more than confident it will be ok…they could be training horses out there in three days' time.”

Westport’s next two race dates are their two hugely popular meetings on Boxing Day and December 28. Last year their Boxing Day turnover was close to $1.9m.

“Nothing will stop us racing,” says Reedy.