Stand no worries for Cheezel

A lack of recent standing start racing isn’t a concern for the camp behind the mightily consistent Cheezel ahead of Friday night’s Addington meeting.

The Regan Todd trained pacer is handicapped to be one of the horses to beat when she steps out in race 8, the 2600m feature pace of the night.

Already a key-player, Cheezel was to have shared the 10m with the likely favourite Franco Marek, whose scratching can only boost to her chances.

Making the most of her head-start over 20m backmarkers and key rivals Heisenberg and Warloch is clearly vital for the seven-year-old. 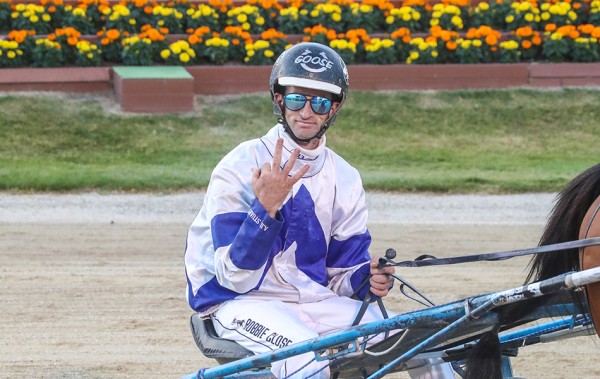 Despite the mare not having seen the standing start tapes since December, driver Robbie Close is confident Cheezel has the smarts to get away cleanly.

“She hasn’t had a standing start since Christmas time, the reinsman said.

“But she is usually a pretty good beginner, if she lines up straight on to the tapes she usually gets away pretty good.”

As well as the start of race 8, the tempo of the event will be a key to Cheezel’s chances.

“If she can be handy and not do a lot of work she will be a good chance.”

“Hopefully they go hard, if they do she can finish over top of most of them.”

David Niven is another of the big winning hopes in Close’s book of six drives at Addington.

The pacer heads into race 1 after sticking on well for third in his last run at the same track.

“He is a nice, big horse but if anything he lacks a bit of ringcraft.”

“He should be a good chance, but whatever he does on Friday night he should improve on.”

The three-year-old was powering home wide in his last look at Addington last week.

From barrier 9, the pacer is almost certain to be off the speed again on Friday night.

“It all depends on what I do with him, if I can save him for one run at them he will be able to use his speed.”

Aiguille looks an eachway chance for Close in race 6 on the back of his solid recent form.

The reinsman also combines with Get Out Of Town who is capable enough to win race 11 but meets race hardened opposition fresh up.

He's A Jackalack has just been fair in two runs this time in but could threaten if he brings his best form when he combines with Close in race 5.

A headline-grabbing sales-topper two years ago, Moet Shard will debut at Addington on Friday night.