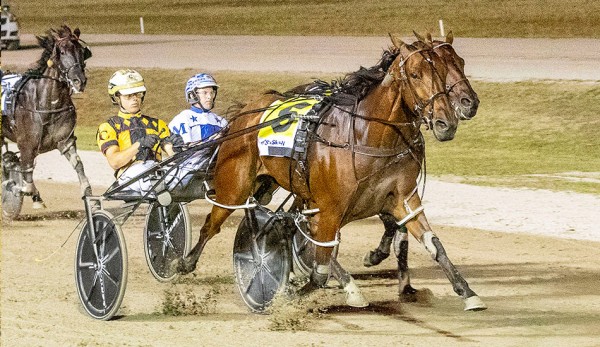 Buoyed by what he’s seen in recent weeks, Trevor Casey is thinking boom pacer Spirit Of St Louis wouldn’t be out of place on the second Tuesday of November at Addington.

“I’d love to see him in the New Zealand Cup,” says Casey, after the son of Sweet Lou that he bred completed a hat-trick of big Victorian Country Cup wins at the weekend.

Now trained by the all-powerful McCarthy stable in Sydney, this month Spirit Of St Louis has taken out the Group Two Bendigo and Shepparton Cups and then Saturday’s Group One Ballarat Cup, beating a field that featured Lochinvar Art, Expensive Ego, Amazing Dream and Triple Eight.

“It was phenomenal,” says Casey, “ he sprinted early, sat parked, then sprinted home – not many can do that.” 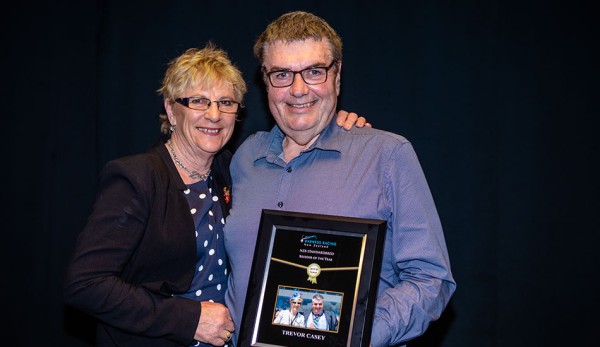 Casey, partner Kate Marriott (and their three dogs) watched the race from their Christchurch home and he admits things got a little heated as it appeared Spirit Of St Louis was about to make it three from three this season.

“There was quite a ruckus,” says Casey.

And for good reason. For someone who’s been a part-owner in literally hundreds of horses, including Lazarus and Sky Major, Saturday provided him with something they hadn’t.

“I’ve had plenty of Group One winning trotters (Stent, Winterfell) that I’ve bred but I think this is the first pacer I’ve bred that’s won a Group One.”

“That race had everything – it was action galore.”

Spirit of St Louis’ mother is Spirit Of Art, who Casey co-leased. She won six from 26, including her last ever race, the 2014 Thames Cup.

Other Spirit Of Art progeny include 15-race winner Dracarys (Bettor’s Delight), El Chema, who's five in Australia, and Azor Ahai (American Ideal). He's won three from 10 and was a last start winner at Addington last Friday. 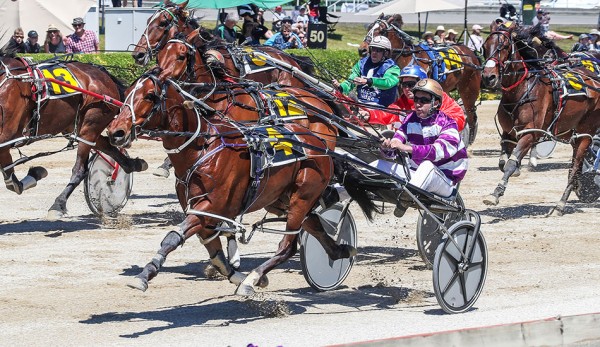 Foaled in 2016, Spirit of St Louis had eight wins for Graeme Anderson before being exported to Australia in April last year.

“I’m not surprised about how he’s gone, he showed untold ability when he was with Graeme.” 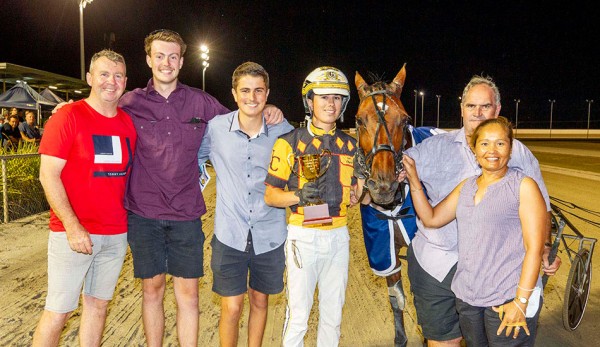 Casey is part of a Kiwi syndicate that has 25 per cent of the horse, the majority of the owners are Australian. He named the horse after going to the Smithsonian Museum in Washington where the Spirit Of St Louis – the plane Charles Lindbergh flew on the first nonstop flight across the Atlantic in 1927 - is on display.

As much as Casey would love to see Spirit Of St Louis line up in November’s New Zealand Cup at Addington it’s not as simple as that.

“I only have a small share in him, it’s not up to me and would the Australians want him to race here, I don’t know.”

In the meantime Casey’s enjoying seeing his star pacer mix it with Australia’s best on the other side of the Tasman. His next assignment will be his toughest yet. He meets a stellar line up including King Of Swing in February’s prestigious Hunter Cup.