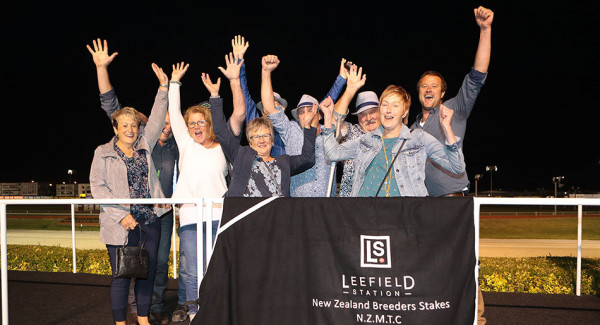 It was a night of upsets at Addington Raceway on Friday night, with a couple of southerners downing their more fancied northern rivals.

Nathan Williamson’s small but select team featured prominently, but it was the victory of Watch Me Now in the Group 1 The Leefield Station NZ Breeders’ Stakes (2600m) that proved the highlight for the southern raiders.

The Kirstin Barclay and Tank Ellis-trained mare was set alight from her wide draw to take an early lead for Barclay, crossing heavy favourite Amazing Dream.

Her more fancied rival was then sent forward by driver Mark Purdon to give Watch Me Now the perfect trip in the trail. 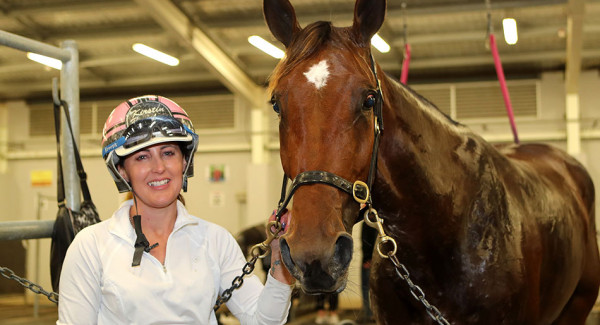 Watch Me Now took advantage of the passing lane down the home straight and under the urgings of Barclay she was able to wear down Amazing Dream and record a head victory, with a further 9-1/2 lengths back to Enchantee in third.

Barclay was thrilled with the win, particularly being her first at elite level.

“That’s the highlight of my career,” she said. “This is my first Group One, it is a dream come true really.”

Barclay was quick to pass praise onto her training partner for the result.

“Tank has just prepped her so well for this race, it was the aim the whole way along,” she said.

“I was really rapt with her two weeks ago when she ran third here sitting parked, and we knew the distance would suit her.

“We were giving it our all tonight, we weren’t going to sit back and die wondering.”

Watch Me Now has finished her New Zealand career on a high and will now head to North America to continue racing after her recent sale.

“It’s a little bittersweet because she is moving on now, but it was the dream result,” Barclay said.

“She is off to America. As soon as COVID is over I will be off over to see her.”

Earlier in the night, fellow Southlander Nathan Williamson took out one of the other meeting’s features, the Group 3 Coca-Cola Summer Cup (1980m) with Pembrook Playboy.

In a similar result, the son of Bettor’s Delight utilised the passing lane and was able to get the better of hot favourite Self Assured to win by a short-margin.

“To beat that horse is no mean feat, so I was absolutely thrilled,” Williamson said.

“Those small fields can be tricky races, but it worked out well where I ended up and he was pretty brave.”

“It was a bit of a step up in grade with Self Assured and some others there. We were coming up here to their backyard, so it was never going to be easy,” he said.

“To come away with a win, we will definitely take it, and hopefully he can continue to improve because he is going to need to a bit to be right up with the topliners. But we are pleased with what he is doing so far.”

More stakes assignments now beckon the four-year-old, who is set to spend plenty of time on the road in the next few months.

“He will go home and have a few easy days and then he will go to the Northern Southland Cup and then perhaps come up for the Easter meeting, and then onto Auckland after that for the four-year-old races. He has got a bit of a busy time ahead of him,” Williamson said.

Williamson was also pleased with a couple of runner-up results by Ragazzo Mach in the Lot 209 ‘Out Of A ½-Sister to Ragazzo Mach’ Mobile Pace (1980m) and Dark Horse in the Gr.3 Fahey Fence Hire Summer Trotting FFA (1980m).

“The other mare (Dark Horse) went good too, she was just beaten by a class horse (Muscle Mountain). I was happy with her, she tried really hard.”

While Williamson finished unplaced in the night’s feature race with Yankee Party, he was thrilled for fellow Southlanders Barclay and Ellis.

“I am thrilled for Kirstin and Tank to get the win, it was great to see Southland have a great night.”