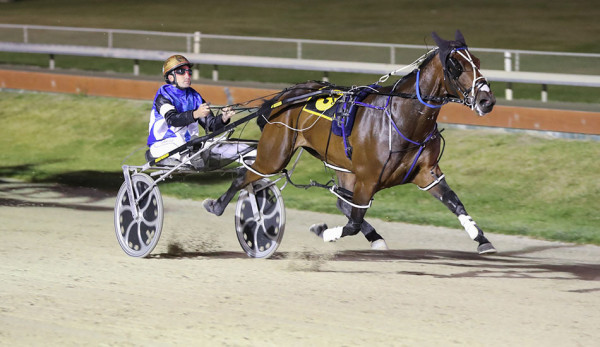 The racing career of the unbeaten Shut Up N Dance is over.

The four year old mare, sensational in winning three from three, has been one of harness racing’s star performers in recent weeks. And she wasn’t just turning heads by winning she was destroying her opposition.

She won her debut by more than 10 lengths, and again toyed with her rivals in her two subsequent starts, the latest at Addington just 10 days ago. 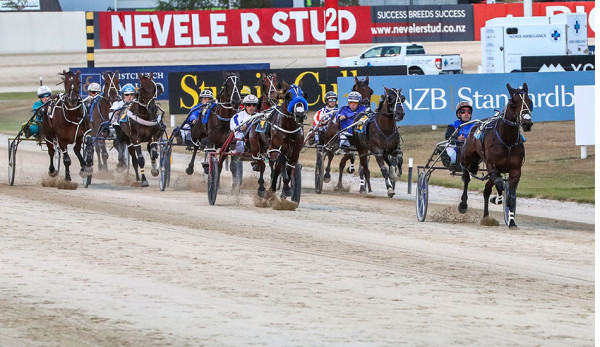 But problems with her tendons means she will never feature on the racetrack again.

“She had a hole in her tendon 18 months ago and she had cell treatment to potentially buy some time,” says breeder-owner Dayle Kinzett.

The Art Major mare was also transferred north from Nathan Williamson to Regan Todd’s beach operation at Woodend to try and keep her sound though Kinzett knew the odds were against her.

“We raced her sparingly and thought if we could get 2 or 3 more races, and the plan was to make it to the Jewels (in Cambridge in June) before retiring her.” 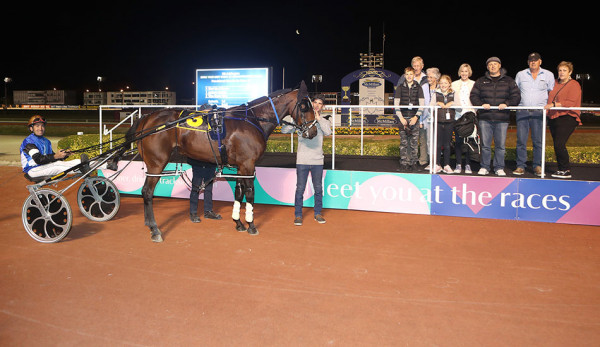 “She certainly showed some freakish ability, “ says Kinzett, “The disappointment is that we are not going to get the chance to really see her let down, she was winning so easy.”

Shut Up N Dance was named after the song of the same name, released by Walk the Moon in 2014 She was also the first horse Kinzett bred.

“We bought her mother (Dance N Delight) at the yearling sales eight years ago … and Shut Up N Dance was the first to race in our colours.”

“We are thankful we got her to the races and showcased a bit of her ability. And we can’t thank Nathan & Regan and their teams enough for everything they did for her to get her as far as we did”

And for Regan Todd it’s a blow to lose such a talent.

“It is gutting ...to the naked eye she looked fine but when she was checked out the vet recommended her to stud.”

“She was pretty exciting.” 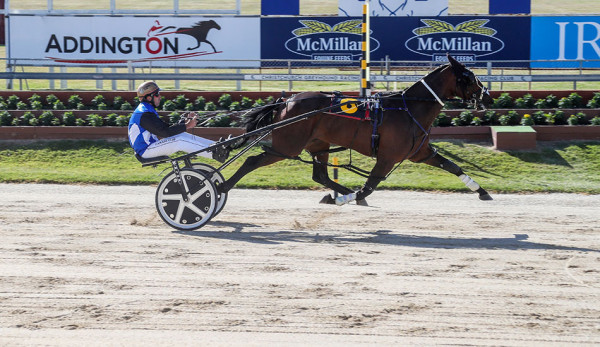 Shut Up N Dance was the first of three progeny for Dance N Delight (Bettor’s Delight – Hurricane Dancer) who is now a nine year old.

There is also Get Up N Dance (Rock N Roll Heaven – Dance N Delight) who has qualified and been to trials for Nathan Williamson, and a yearling (Shut Up N Dance’s full brother) called Rise Up N Dance.

Shut Up N dance will now head to the broodmare’s paddock and while no stallion’s been decided for her as yet Dayle Kinzett can only hope the next generations have the same spark that Shut Up N Dance had.

“She was a special horse.”