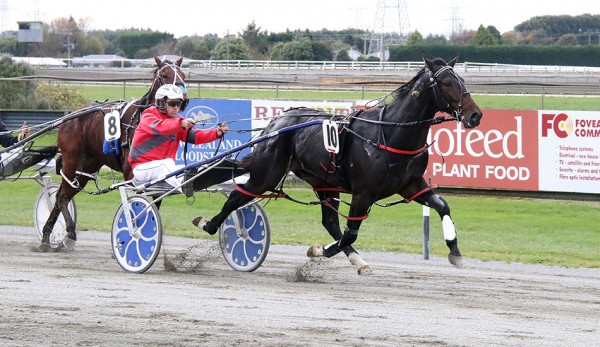 You’re So Fine delivered a career highlight for trainer Brett Gray with his national-record breaking victory in the Group 2 Diamond Creek Farm Stakes at Ascot Park on Sunday.

The two-year-old’s win notched Gray’s first black-type victory, one which he rated at the top of his list achievements during his 20 years as a trainer.

In typical Southland style, Gray deflected praise for having his pacer primed for his record-breaking effort onto driver Nathan Williamson.

“It was awesome and it was just a freakish drive from a freakish man,” Gray said.

That time took a full second off the previous national 2200m record for two-year-old pacing colts and geldings, set in the same race in 2018 by A Bettor Act.

Despite running an excellent third in his debut in the Kindergarten Stakes, You’re So Fine was rated in the middle of the pack when markets were released for the 2200m feature as Canterbury raiders dominated pre-race talk.

But the two-year-old showed his class and dented some of the reputations of his more fancied rivals as he powered past them courtesy of a pinpoint drive from Williamson.

You’re So Fine is raced by the MCC Syndicate, with MCC standing for Makarewa Country Club.

The group have been racing horses with a number of Southland trainers for almost 30 years.

“They are great guys and we have been buying one for them every now and then and it has worked out really good,” Gray said. 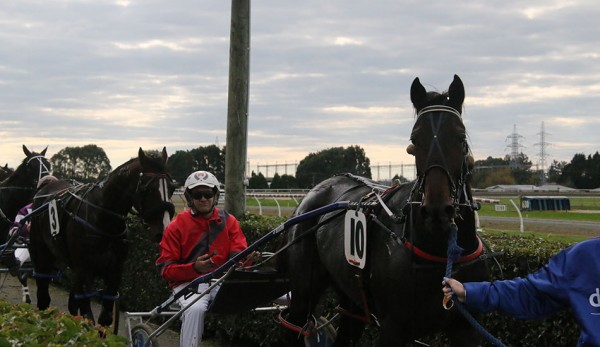 Gray selected You’re So Fine for his group of owners at the National Yearling Sales last year and the colt has continued to impress the trainer since his arrival in Southland.

“I have always liked him and have had a bit of an opinion of him.”

“He had a couple of foot issues going into the Kindergarten and he hung-in in that race.”

“But his prep for this race went super.”

You’re So Fine’s win sent him charging up the Harness Jewels leader board, but he is unlikely to head to the feature race day next month.

“I really want to chuck him in the paddock, I am pretty sure the Jewels will be a no-no,” Gray said.

“He really would be better as a three-year-old but we might be able to sneak another race into him.”

With Williamson also producing Ragazzo Mach to win the Group 2 Southern Supremacy Final, there was a claim that Southland trainers swept the group races on Diamonds Day.

Wyndham born Regan Todd returned to his home province from his Woodend Beach base to produce Better Talk Art to win the Southland Oaks Final.

The 2700m feature played out as many expected with Life’s A Beach leading into the final lap with Sweet Belle behind her and Bettor Talk Art and Robbie Close three back in the inner.

But the race quickly changed complexion when Braeveiw Kelly took the lead at the 900m.

Some manoeuvring from Close got Better Talk Art away from the inside and he did not waste his opportunity when he got into clear air.

“I wanted to make it a good staying test and when I went she was travelling so well,” the reinsman said.

“She did get a bit tired towards the end because she had to go so early but hey she still stuck it out.”

“She tries so hard.”

Better Talk Art will now head towards a host of Group 1 features including the Nevele R Fillies Final, the New Zealand Oaks and the Harness Jewels.