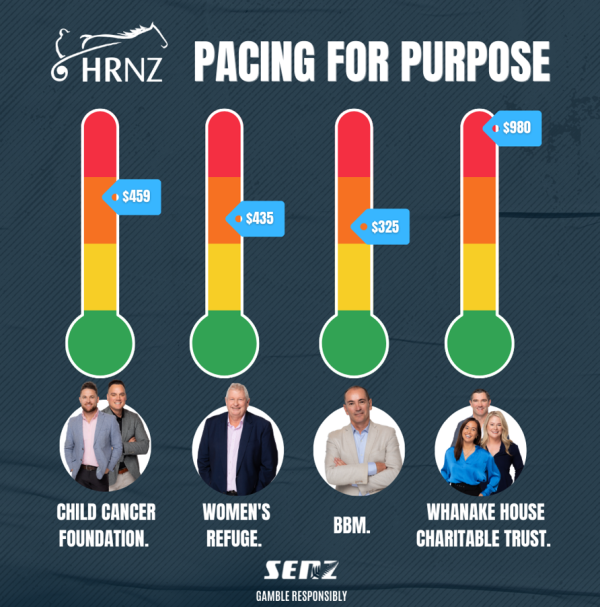 The corks are popping for the Drive Time hosts in harness racing’s Pacing For Purpose competition.

Last night they put their $50 on I’llavabubbles and trainer-driver Dylan Ferguson got them home at Cambridge. The winner paid $8.10, netting her backers $405.

Four shows on the SENZ network have been placing $50 bets every week on harness racing meetings around the country, with all proceeds going to charity.

The Pacing For Purpose competion will go through into the New Year, and so far nearly $2200 has been raised.