There may be no certainties in racing but the Purdon brothers remembering their late father Roy in style at Alexandra Park on Thursday was something you just knew was going to happen.

Less than a day after the legendary trainer and patriarch of the family passed away trainer sons Mark and Barry both trained a double with their respective training partners, and both times their stables quinellaed the race.

On a night with no crowds those feats hardly leant themselves to an outpouring of emotions, more a sense of satisfaction from Mark and Barry after a tough family day.

“It has been quite overwhelming with all the text messages we have had today, I can’t keep up with them all,” said Mark.

Barry said he tried to reply to them all and was touched by so many especially from overseas.

The family will make a funeral announcement soon but with Covid restriction meaning gatherings can not be more than 100 and so many more than that wanting to attend the service may have to be private.

Self Assured was the big winner on Thursday night as he overcame a wide draw and sitting parked to win the main pace as he counts down to his clash with South Coast Arden at next Saturday’s mega meeting.

Mark was happy with him but just as thrilled with Franco Indie and Akuta in second and fourth.

“All three were really good but to see the three-year-olds handle the track well first time right-handed was really important and they should be better for the Millions next week.”

As good as Akuta was coming wide for fourth, Franco Indie showed the gate speed and fight to suggest if he draws inside his stablemate next Saturday it will be a hell of a race. 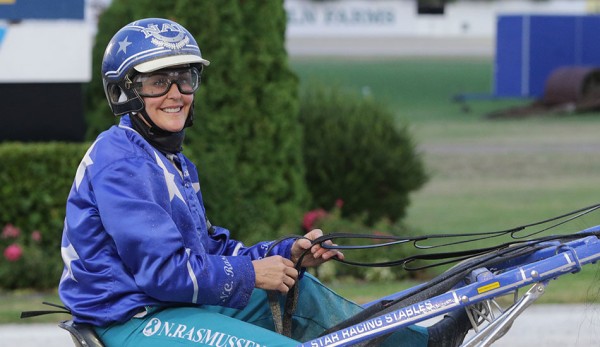 Mark and Hayden Cullen’s other quinella was Franco Mac beating Cyrus and they too will head to the Millions but more to play supporting roles.

Barry told Roy a few weeks ago he had his next good horse and he was on show when Merlin won his debut in the juvenile pace.

The son of Art Major had looked very sharp at the trials and bolted home after leading, even though he looks like he will be even more explosive with a sit.

“He is very fast and we really like him so he will only keep getting better,” Barry said of the $120,000 yearling purchase.

He and training partner Scott Phelan’s other quinella came with Major Perry and Artisan.

The small industry crowd who were on track observed a minute silence before the free-for-all but Roy’s legacy will be remembered more officially in the future.