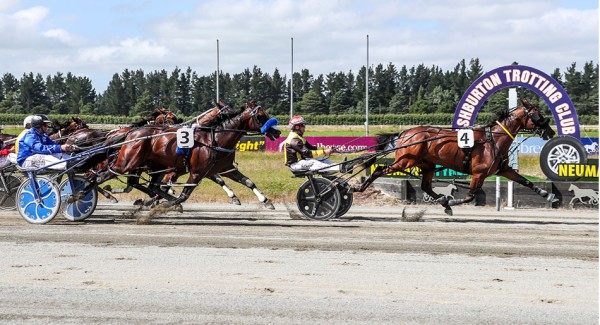 Where to next for the big guns is the question to come out of Ashburton Cup Day.

Geoff and James Dunn are pondering where to go next with Laver after his strong front-running win in the meeting’s feature.

In typical Laver style, the pacer strode out at a strong tempo for driver Gerard O’Reilly and left his rivals in his wake as he kept on trucking at the end of 3200m.

Though he is best known for his staying prowess, it was the sharp speed at the end of his race that was arguably the most impressive part of Laver’s Ashburton Cup win.

The four-year-old reeled off a scintillating 54sec last 800m, effectively giving his rivals no hope of catching him.

Geoff Dunn suspects Laver could be getting faster and that it is the result of the crucial discovery and treatment for an ulcer in the early spring.

“I think it is just starting to pay off now, they reckon it was cutting off 30% of his air and he is going really good now,” Dunn said.

“He is in a really good place.” 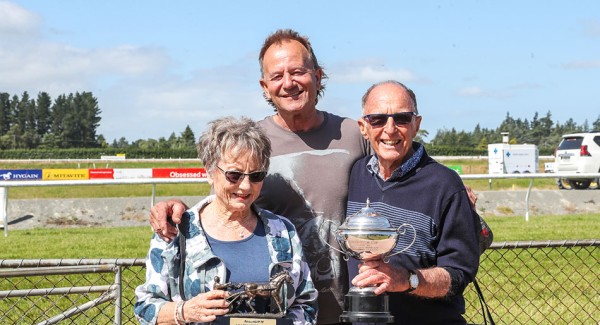 The Dunn stable must now choose whether to head north or head south with the in-form Laver.

“We were thinking of going to Omakau, but I might take him to Nelson now.”

“He will be off a mark, but he has been up there before and he has gone bloody good.”

“I am not sure, he will be off a decent mark, I will have a think about it and then make a decision.”

Trainers Cran and Chrissie Dalgety are weighing up their options with Republican Party following his win in race 12.

The two-year-old scored fresh up in his first outing since running second behind Franco Indie in the Sires Stakes Final on New Zealand Cup Day.

“We are not in any hurry to make any grand plans just yet,” Cran Dalgety said.

“He has got a huge season ahead of him with 12 months of three-year-old racing.”

“He has freshened up super after we gave him a wee break following the Sires Stakes.”

“Naturally the Harness Million race will be a goal, but we will keep him ticking over around Canterbury before he heads up the road north.”