He's back. And Dexter Dunn has wasted little time in making an impact at the Meadowlands in New Jersey. After an extended break in Florida, the 10-time New Zealand champion driver reined home four winners at the Big M. Included was a victory with Let It Ride who recorded the fastest mile at the raceway so far this year when he won in 1:48.3. Another impressive winner was former Kiwi American Dealer who won in 1:49.2 in his North American debut.

Former southern trotter Chinese Whispers will make his Australian debut at Melton this week, after easily winning a trial yesterday. The winner of eight of 19 for trainer-driver Nathan Williamson, the six-year-old has been sold to prominent Victoria owner Norm Jenkin. While figures weren't released trainer Andy Gath revealed it was the most Jenkin's ever paid for a New Zealand trotter. Jenkin also recently bought Vintage Cheddar, who's won three from three across the Tasman.

Victorian horseman Chris Walsh has broken his drought, after 118 starts. On Monday the 36-year-old won his first race with 100-to-one outsider Crime Boss, trained by his grandfather Jim Barker, at Stawell. Walsh has been driving for a decade but never won a race before, though he had had eight placings. 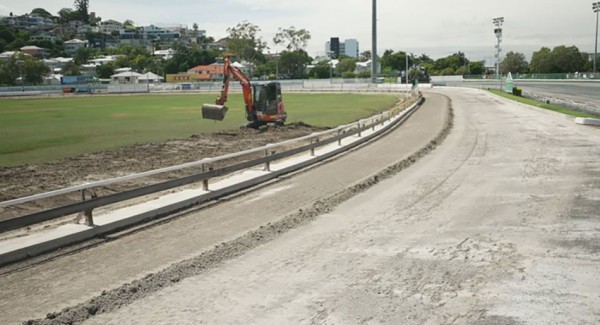 It's been all hands on deck at Brisbane's premier racing venue Albion Park after the recent storms to lash the area. Normally there is either greyhound or harness racing action every day of the week. But the storms have caused major damage and it's expected to be some weeks before they are back in full swing.

Weather-permitting the Miracle Mile will be held at Menangle this Saturday night. It was called off last weekend after torrential rain lashed New South Wales, forcing the meeting to put on hold. The draw will remain the same for take two, with the King Of Swing vying to be the first horse to win the prestigious feature three times.

The harness racing season continues with another top-class event at Ascot Park Raceway in Invercargill this Saturday (12 March) when the Northern Southland Trotting Club come to town to host their Autumn Cup meeting.

It is a day of quality harness racing, with the feature events including the Group 3 Caduceus Club Of Southland / Alabar Fillies Classic for 2-year-olds over a distance of 2200m for a stake of $30,000, the Tip Top/Night ‘n Day Autumn Cup raced over 2700m for a stake of $20,000 plus a heat of the Alabar Supremacy Stakes and the Mark Jones Racing Stables / Gordon Sutherland Memorial Trot.

The first race is timed to start at 12.20pm. Everyone entering the course must produce their vaccine pass and will be placed in pods of up to 100 people, with usual mask wearing and social distancing protocols. Admission at the gate is free but $40 gains you access to the Top Of The Park with superb viewing and food and beverage provided as part of the price of your ticket.

Owners are welcome in the Alabar Owners Room on the first floor of the main grandstand where they can enjoy hospitality throughout the day.

Head to the Northern Southland Trotting Club facebook page for more information on a great day of action.