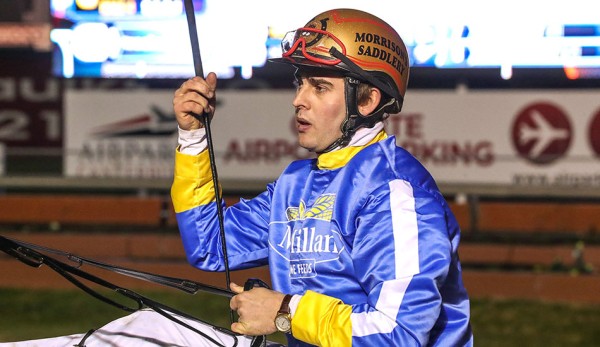 After a somewhat shaky start to his driving career John Morrison brought up career victory number 250 when he won with Majestic Rollon at Addington on Sunday. It's all the more remarkable when you consider his first win came at his 132nd attempt! His 250 wins have come from 3580 drives, with total stakes earnings of over $2.6m.

Stewart on cusp of history

Top trainer Emma Stewart is on the verge of becoming the first in Australasia to claim 100 Group One successes. Her 99th came with Soho Historia at Albion Park. The 40-year-old is streets ahead of anyone else with records showing Mark Purdon as the next highest on 62, followed by Andy Gath (55) and Gary Hall Snr (52).

One of Emma Stewart's many star performers Maajida, the richest daughter of Somebeachsomewhere, is heading to the breeding barn. The five-year-old Group One winning mare ran her last race at Albion Park at the weekend. She finished with 24 wins from 44 starts, and is the first filly/mare to win the Vicbred Super Series titles at two, three and four.

Everone wants a slice of boom horse Bulldog Hanover at the moment. After becoming the fastest horse in harness racing history with his 1:45.8 mile rate at the Meadowlands it's been announced that Diamond Creek has purchased an interest in the four-year-old stallion. He'll be part of a roster that includes Sweet Lou, Captain Crunch and Downbytheseaside. Bulldog Hanover has already had some success at stud, serving 80 mares in 2022. The Ontario based Seelster Farms will continue to handle his day-to-day breeding management.

Ex-pat Kiwi Dexter Dunn, who drove Bulldog Hanover on that historic day at the Big M, is sliding up the stakes-winning leaderboard. After a slow start to 2022 the ten-time New Zealand champion driver is now sixth on the list of stakes earners in North America at $4,350,351 including 139 wins. Top of the pile stakes-wise is Jason Bartlett on $US6.8m. He has 371 wins for the year, with Aaron Merriman the pace-setter at 474 wins.

It will be the Michelle Wallis - Bernie Hackett barn versus Tony Herlihy in a 2YO trot at Alexandra park on Friday night. The two stables will line up all nine runners. In recent years the park has hosted races dominated by the Telfer and Wallis-Hackett stables but this time the race will feature horses only from Hackett-Wallis (5) and four from Herlihy's stable. Herlihy will drive first starter and recent trial winner Regal Girl.