Sunday’s Akaroa Cup meeting at Banks Peninsula was a massive success. Latest figures show the grass track meeting at Motukarara turned over $1,417,165, the highest of any meeting since NZ Cup week. Weekly total from the six harness meetings last week totalled $3,731,276. Oamaru races on the grass today while this weekend it’s Green Mile day at Methven on Sunday. 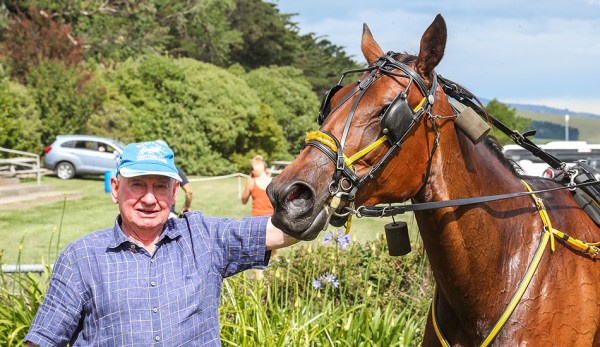 Kevin Townley got his 500th training success when Sally Lindenny (Gerard O’Reilly) won at Motukarara on Sunday. It was the 270th win on his account, following on from the 230 he had while training with his father Doody. He started training in the late 1980s. The milestone comes after he needed a hip replacement in April following a crash at Rangiora. He hasn’t driven on race day since.

Brilliant trotter Five Wise Men’s return to the trials will have to wait for another day. The brilliant Muscle Hill gelding was expected to have a hitout yesterday but both trials at Rangiora and Ashburton were abandoned because of bad weather. Five Wise Men, trained by Craig and Aimee Edmonds, is a three-time Group One winner and hasn’t been sighted on raceday since winning the 3YO Ruby at the harness Jewels at Cambridge in June.

Another 5-for for Dunn

Another week another successful night for Dexter Dunn, with the 10-time Kiwi champion nabbing five wins at Chester,Pennsylvania. That takes him to 409 for the year. He is also the highest earning driver in North America, with stakes of around $12.6m, more than $200,00 ahead of his closest rival Tim Tetrick. Aaron Merriman is the runaway leader when it comes to reigning winners, he has 793 this year. 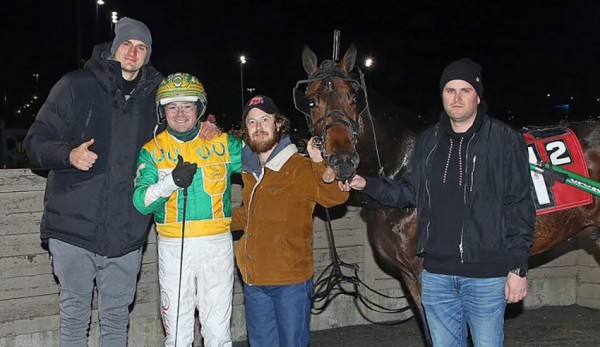 What a sight NBA star Nikola Jokic must have been at the Meadowlands in New Jersey. At 6’11” or 2.11 metres the Denver Nuggets centre was on course last Friday ahead of his team's win over the New York Knicks at Madison Square Garden. As well as being a basketballing superstar Jokic has a keen interest in harness racing and owns standardbreds in his native Serbia. He is also friends with leading driver Tim Tetrick and spent the day at his farm before going to the races at the Big M.

After many covid related delays, Forbury Park’s clearance sale will go ahead tomorrow (Thursday Dec 9) at 1pm. Around 400 items are set to go under the hammer including Forbury Park memorabilia, the mobile gate and the Falcon ute that goes with it, tractors and bar equipment.The auction follows the final harness meeting at Forbury Park on July 8. For more info contact Brent Taylor PGG Wrightson 027 3332421.