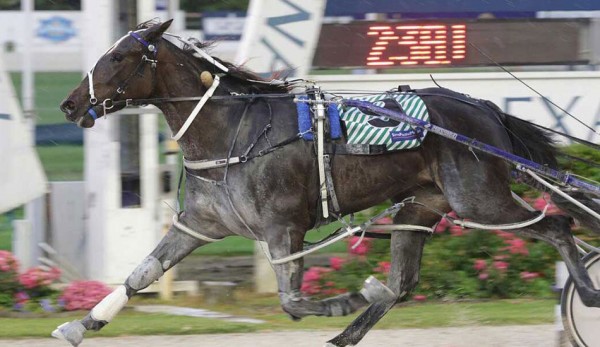 One of the forgotten heroines of Australasian pacing has returned to work just as her arch rival gets ready to depart the scene.

Belle Of Montana is back in business for trainers Barry Purdon and Scott Phelan as the horse she had so many great battles with as a three-year-old Princess Tiffany, prepares for her last career start at Albion Park this Saturday. 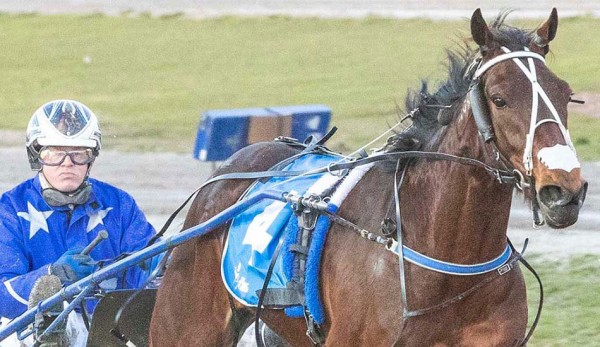 Princess Tiffany is being retired and will come home to New Zealand and be bred to Captaintreacherous.

Belle Of Montana hasn’t raced since being sidelined with a knee concern after running third to Mach Shard and Copy That in the Spring Cup back on September 25 after which she had stem cells injected into that area hoping to rectify some her issues.

After over six months off she is back jogging and Purdon says it is a case of so far, so good.

“She actually looks great, she looks like a tank,” Purdon told HRNZ.

“The prognosis was something like 50-50 whether her knee will stand up to it but it is also one of those things that it is does handle it she will be totally fine.

“Dean (Shannon, owner) has been great to train for all along and he is very realistic about it and not stressed at all.

“So we will take her through her stages of work and see where she gets to.” Purdon says because Belle Of Montana could well have an uninterrupted season he and Phelan will still have the goal of the New Zealand Cup as one of their first aims.

“You have to have a race at aim so I suppose at this stage the NZ Cup is that race and if she didn’t come up well enough then we can easily change direction.”

Belle Of Montana may be rising six but she obviously has had a very easy season and if she returns not only could she be an open class force but a major player in the biggest mares races.

Especially with Princess Tiffany to be retired and Amazing Dream maybe unlikely to race in New Zealand much next season because of Australian or even US options and superstar three-year-old Bettor Twist likely to take advantage of being still three in Australia until January 1.

Like many in the industry Purdon has heard the suggestions of an open class circuit that could, potentially, see many of the open class horses do their racing in the South until summer and then move North after depending on the racing programme to ensure open class races get off the ground with decent-sized fields.

“Initially when I heard the idea I wasn’t sure about it but I think, if it goes ahead, we have an obligation to support the open class races if we have the right horses,” said Purdon.

“We will wait to see what comes out of HRNZ in coming weeks and then work out what we do.”