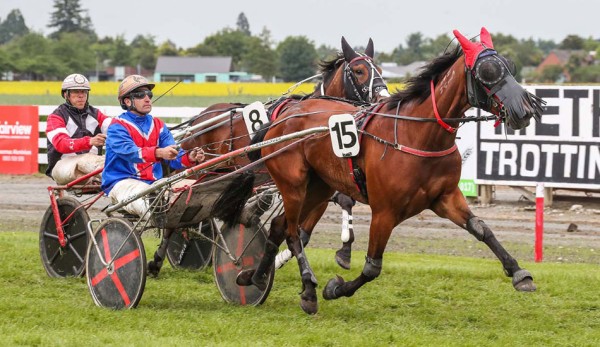 In recent weeks the stable has been stricken by a mystery illness that for several runners had been just bad enough to take the edge off them on race day. She’s Watching was one such case, with three indifferent runs since resuming before she put it all together in the Methven Tyre & Hire Mobile Pace. 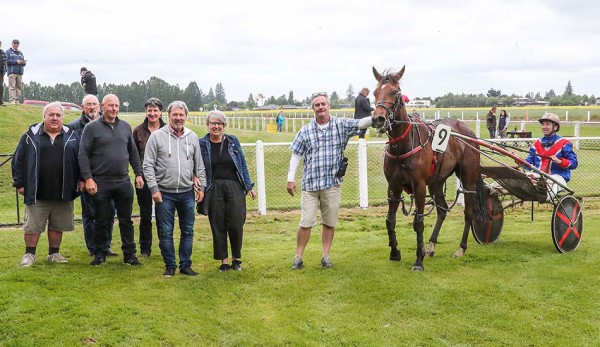 The 4YO He’s Watching mare’s win was reward for the patience shown by her large group of owners, after a blunt impact tendon injury curtailed her promising debut campaign last summer.

Driven patiently by Matthew Williamson, She’s Watching produced a last-to-first finish that showed all’s well with her now, and there’s more in store over the Christmas – New Year period.

“She was beautifully relaxed and as soon as she got clear air she grew a set of wings,” said Williamson after the race, “a pleasure to drive”.

Later on the card Majestic Action capped off an impressive run of form with a quality performance in the Gluyas Motors / Placemakers Ashburton Ltd Trot. Apparently unaffected by the bug that went around – although it may explain her only lacklustre run, in the Group 3 DG Jones Cup at Motukarara - Majestic Action has been a model of consistency this time in.

Starting quickly and taking a handy running line position, Majestic Action went forward three wide to challenge on the turn, still under a good hold by Williamson. She had too much in the tank for the rest of the field, headed by pacemaking Dunn runner Majestical.

“She was served during the week,” said Yesberg, “whether that had had an effect on her is hard to say, but she was very settled all day.”

With vastly improved starting manners over recent times and more determination, Majestic Action has come of age as a reliable trotter, just as she also starts to show signs she wants to be a mother. All going well the broodmare paddock is her next career step, signing off the track with a few more races in the meantime. 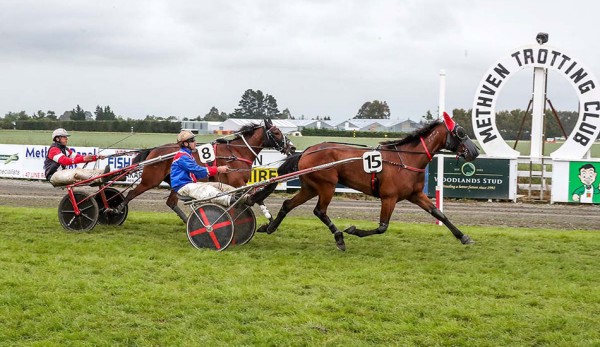 By Majestic Son from a good producing family, Majestic Action has been served via frozen semen by the French trotter Timoko.

“She’s lightly framed and we looked for a sire with a reputation for durability,” says Yesberg, “Timoko seems to fit the bill there, and his attributes should match well with the speed our mare has shown.”

Back at Methven, Twilight Bromac added to a great day at the office for Trent.

“He was one of the horses most affected by the illness, and we were very pleased with his run for second.”

Twilight Bromac has now gone 27 starts for eight placings, without the win that should come any time.