Majestuoso too good in Dullard Cup 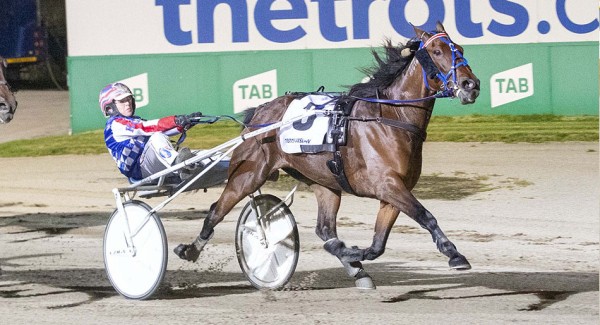 Andy Gath has made the Great Southern Star in recent years and is likely to have three runners in the heats on Friday night.

Champion Tornado Valley, chasing his third successive win in the race, is primed judging by his work at home.

And recent Kiwi import Vacation Hill is also a big chance of lining-up.

“She’s nominated. I’ll talk through it with her owner (Nick James) and we’ll make the final call,” Gath said. 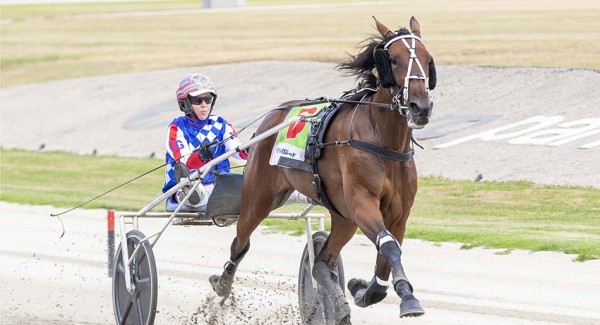 Vacation Hill, who matched it with the best in NZ, made a lie of her first-up flop with a dominant display albeit in a second-level race at Melton last night.

“On what she’s shown in NZ and her work at home, she’s up with my best trotters on talent and she won easily tonight,” Gath said.

Best known for his sit-sprinter prowess, Majestuoso led, copped a stack of pressure and did a mighty job to win in blistering time last night.

Majestuoso easily crossed Tough Monarch to lead at the start, but then had to survive a heated challenge from veteran Kiwi raider Temporale.

When he couldn’t lead, Temporale got very fired-up and they ran through a slick 58.8sec first half of the last mile.

While Temporale tired to be beaten 31m, Majestuoso zipped away on the home bend and despite getting tired late, held a 1.4m margin over the fast-finishing and classy Always Ready in a flying 1min57.1sec mile rate for 2240m.

The extra versatility and gate speed Majestuoso showed will carry him a long way if the barrier draws are kind on Friday.

It’s hard to see any of the beaten brigade turning the tables.

Tough Monarch was below his best 19m away in fifth spot, Wobelee had every chance as did Lotamuscle.

Temporale will have to pick himself back up and draw to use his ample gate speed to be a real factor.

For context, Vacation Hill led throughout in her race earlier in the night and also ran very slick time with a 1min58.4sec mile rate for 2240m.

She looked a completely different mare to the one who didn’t trot well and had no zip at Ballarat a week earlier.

Vacation Hill roared away to win by 14m.

Gath has won three of the past five Great Southern Stars. The past two with Tornado Valley and Glenferrie Typhoon in 2017.

That’s the firm belief of trainer Nathan Turvey after the son of Mach Three down buzz pacer Magnificent Storm in a blisteringly run free-for-all at Gloucester Park last Friday.

“He’s earned a shot at it. Go back and look at Pinjarra Cup run against some of the big guns and tell me he shouldn’t be in the race,” Turvey said. “He’s won three of his past four starts, would’ve won the other with any luck, and can follow any pace and still sprint at the finish.”

In a frantically run race where Bletchley Park led by as much as 50m at different stages, Magnificent Storm zoomed to the lead rounding the final bend, but Miracle Moose stalked him and overpowered him late to win by an increasing 4.8m.

The 1min55.2sec mile rate for the long 2536m trip was blistering and just 1.1sec outside Vampiro’s track record.

It was another big win for emerging star driver Emily Suvaljko, who continues to ride the crest of a wave.

Suvaljko had another stellar night with three wins and a second. Her other wins came with Star Of Willoughby and Sahara Storm.

The race raised further questions around where Magnificent Storm is at.

The one-time dominant prepost WA Cup favourite appeared to have every chance and be racing well below his best form.

He will need a good draw and to improve to be a major factor against a much stronger line-up on Friday night.

Has the tide turned in Jarrod Alchin’s stable.

Last season My Ultimate Byron was almost unstoppable, but Alchin always warned My Ultimate Baxter would keep improving and close the gap.

Last night he did more than that.

My Ultimate Baxter, with Chris Geary aboard, comprehensively beat My Ultimate Byron when they ran the quinella for Alchin in the $50,000 Group 2 Simpson Sprint over a mile at Menangle.

The blazed a 1min50.9sec mile, largely due to the sizzling pace set in front by Smaltese, who tired late for fourth.

My Ultimate Byron did look fresh, causing a false start and then overracing a tad a times behind the leader.

But he looked the winner when he zoomed past Smaltese, but only for a few strides before My Ultimate Baxter gobbled him up to win by three metres. They were 8.3m ahead of third-placed Uncle Miki.

It was a key NSW Derby pointer and clearly Alchin has a strong hand in the upcoming classic.

Another winner of note on the night was former Victoria Derby winner Muscle Factory, who showed a glimpse of his best with a runaway 10.4m win for Team McCarthy in a 1min50.1sec mile. 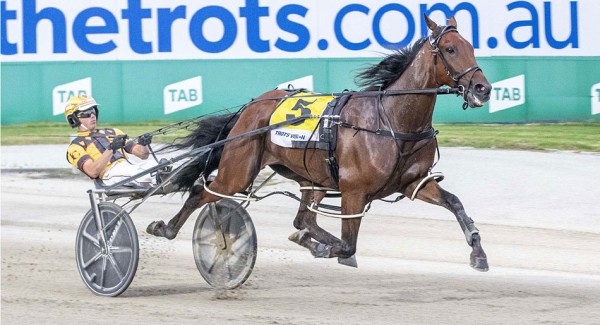 There's life left in those old legs yet.

Former Kiwi pacer Cash N Flow might be a nine-year-old now, but he looked far more youthful when he thrashed his rivals in last night’s heat of the Mercury80, a series of 1200m scampers, at Melton.

It was an inspired “change-up” by Team McCarthy with the one-time “King” of Menangle and Grand Circuit contestant.

“He actually smashed the clock at his last Menangle run. He’s such a naturally fast horse, we saw this series and thought it was ideal for him,” Luke McCarthy said.

Young gun Jack Callaghan took the reins, seized the moment to lead when most others didn’t bustle off the gate, and that was essentially the race.

Cash N Flow raced away under a hold to win by 8.8m.