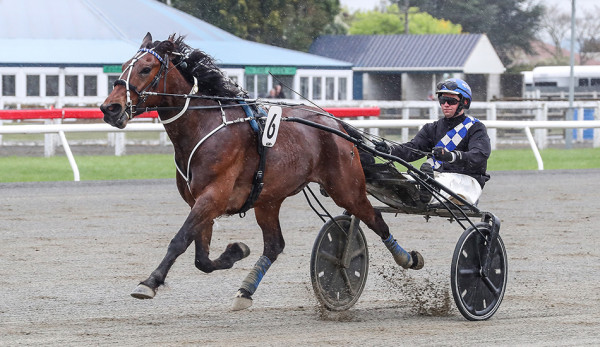 THE first half of Majestic Man’s Aussie raid has landed, but the most important half is still stuck in New Zealand.

Caretaker trainer and driver Brad Williamson landed in Melbourne yesterday (Sunday) and actually drove a horse for Anthony Butt at Cranbourne later in the day.

But Majestic Man himself is still parked at Tony Herlihy’s stables outside Auckland with his trainer Phil Williamson waiting for a flight to Melbourne.

After a few false starts, Williamson hopes Majestic Man will fly out on Wednesday which means he could tackle Saturday night’s $50,000 Group 1 Dullard Cup at Melton.

“He’s booked on a flight Wednesday, but as of now I have no guarantee he’ll actually be on that flight,” Williamson said. “If he’s not, that would rule out the Dullard Cup and we’d have to wait for next flight.

“We’ve taken a big risk with this trip, no wonder there aren’t any other Kiwis coming, it’s all very complicated with the travel restrictions and requirements because of COVID-19.

“We’re in this strange position of having Brad already in Australia, but no certainty when or if the horse will join him.

“Brad put his hand-up for the trip because he hasn’t won a Group 1 race yet, there’s four of five of them for him Australia and he has driven the horse in most of his races.

“I could easily have taken him myself and had Anthony Butt drive him, but Brad was keen to go.”

Coming to Australia means Brad will have to do two weeks of quarantine when he does return to NZ, which won’t be until early March all going well.

“If we get the horse across, he’s got all those good races in Melbourne then the Group 1 Trotters’ Mile at Menangle (on Miracle Mile night, March 6),” Phil Williamson said.

“As challenging as it’s been to try and get he horse across, we think it’s worth it because he’s going so well and the big races over there suit him so well.

“They are mobile races, mostly over sprint trips, and he’s got such good gate speed, which is so important in Aussie racing.”