Majestic Cruiser confirmed for The Race 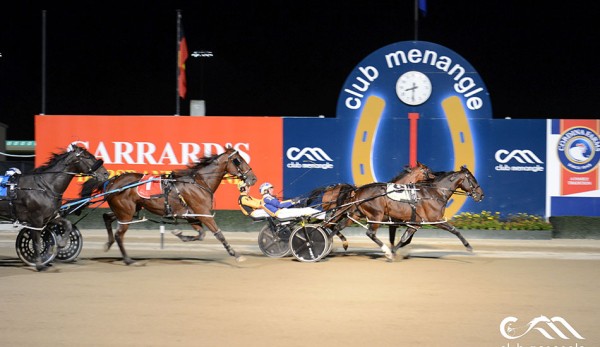 Inter Dominion-winning trainer Jason Grimson can’t wait to be part of the inaugural $900,000 The Race at Cambridge on Thursday week.

“I had one condition … that he’d only go if Cam Hart went across and drove him,” Grimson said. “Cam’s really helped make this horse and deserves to drive him.”

The other “deal maker” for Grimson was the fact his mate, Jack Trainor, was already heading across with star mare Stylish Memphis for the race.

“Majestic Cruiser wouldn’t have gone if Jack wasn’t going. He’ll look after the horse when he gets across and I’ll just get there the day before the race,” Grimson said.

“I was actually going across for the race anyway, just to support Jack. Now I’ve got two reasons to go.”

Grimson has told anyone who will listen for at least the past six months that Majestic Cruiser is a serious Grand Circuit horse and the best pacer in his stable.

Even when Boncel Benjamin scored his shock Inter Dominion final win on protest last December, Grimson still said Majestic Cruiser – who ran sixth in that final – was the better horse.

“I’ve always really liked him. He’s got a fantastic turn of speed, but he’s got stronger, too. He’s really versatile now,” he said.

“It’s not that he’s improved, it’s more he is a confidence horse and he’s got his confidence right up now. That’s to Cam’s credit. He drives him so well, he really understands him.

“He was unlucky in the Miracle Mile when he lost all his momentum at a crucial stage and still ran fourth.

“Then he came out and won really well last Saturday. I know the margin wasn’t great, but Cam said he was just mucking around. He just held the margin needed over Alta Orlando, but would’ve found a lot more if another horse had come at him.

“He’s right in the zone. It’s a good time to take on a race like this.”

With Jack Callaghan already booked for Alta Orlando and Trainor aboard Stylish Memphis, Hart’s booking for Majestic Cruiser means the three top young drivers of NSW will be part of The Race.