First up is ... Nathan Williamson 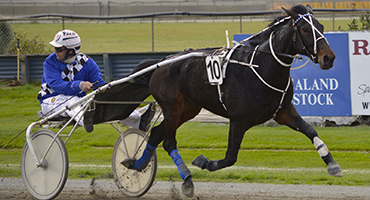 At his Branxholme stables in Southland , Nathan Williamson has 20 in work. He plans to race six or so over the winter months but the majority of his team have been put out, awaiting races in the spring.

First out of the gates will be Delightful Deal.

“She’s an under-rated mare who hasn't shown her best form this season. Her work has been super since lockdown. Will be ready for the 30th of May.”

That’s the meeting at Ascot Park, the day after racing resumes at Addington.

June will most likely see the return of two others.

“Ruby Seddon is a lovely wee trotter who is one from one for the stable. Will be ready to race again late June.”

“Flight Crew is a newcomer to the stable just before lockdown. Her work has been pleasing. I think she will be one to follow.”

The three year old filly’s been transferred after just one start for Lauren Pearson while Pembrook Playboy (4 wins – 9 starts) has just resumed work.

“He looks great and will be ready in August. He is a nice horse in the making.”

Nine-win trotting mare Dark Horse will be back probably a bit later,  with Williamson saying the seven-year-old is  “the best horse in the stable and has just resumed jogging. If she holds together we will target Cup Week.”