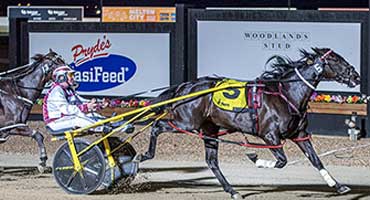 Canterbury trainer Cran Dalgety prides himself on being a glass half-full sort of guy. But the lack of racing of late and the issues facing the industry have got him thinking.

“I find myself wondering sometimes if working like Trojan is the sensible thing to do, plus the mental stress of it all.”

Dalgety only returned to his West Melton property in early April. With the country in lockdown he was forced into quarantine in an Auckland hotel after returning from Sydney where his star filly Dr Susan had won the $100,000 Bathurst Gold Crown.

At Kentuckiana Lodge Dalgety and partner Nathan Purdon have 18 horses in work at the moment. Before COVID-19 closed down all racing in this country they had strung together 38 wins from 173 starts.

Last week they took 15 to the trials at Addington , picking up a couple of wins, with Invaluable and Star Of Timpany.

“With the unorthodox training program we put together they all trialled very well considering. They will all benefit from their runs,” said Dalgety.

But it’s two others that have caught his eye of late : “Fabrizio and Twilight Bromac are ticking along nicely.” Fabrizio has won two from eight, including a last start win at Alexandra Park on New Year’s Eve, while Twilight Bromac is a two-year-old Art Major colt.

Addington and Albion Park in Queensland will be the focus in up-coming months, with racing resuming at Addington on May 29.

As for his thoughts about the racing industry and its pros and cons he says he’s not being negative, rather he’s ”looking forward to smelling some sweeter roses real soon”.