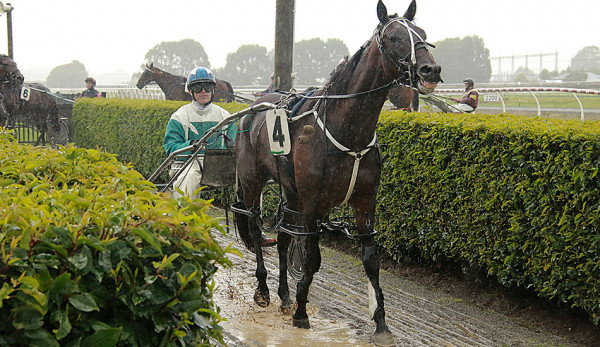 Tristan Larsen is applying the same patience to his career that he used to win with Zach Lowe at Invercargill on Wednesday.

The 18-year-old reinsman produced the tiny pacer at the right time in a torrid run race on a soaked track for the first win of Zach Lowe’s career and the sixth of his driver's.

“I was proud of him winning because he is only a little horse and it was very testing out there,” says Larsen, the son of trainer Kirk and Michelle.

The three-year-old pacer was helped no end by Larsen’s patience in the race and the young man sees his career the same way.

Like almost every junior driver who pulls the colours on and starts getting some wins Larsen would like to make the NZ Young Drivers Champs but says it that doesn’t happen this year that is okay, especially as the South Island boosts enormous depth in the junior driver’s ranks.

“It is really only my first season of driving because last season was so cut short by Covid,” says Larsen.

“I had one winner then and I have had five this season so I am going well.

“So if I don’t get enough points for the series this season then hope fully I will learn and be better next season.”  That learning includes working for his father first in the morning, then Brett Gray later and then back to Dad’s late afternoon.

“Dad wanted me to go learn from somebody else too and it has worked out well because I now have two people helping me learn.”  On the driving front Tristan says his listens to Brent Barclay as a guide as well as his Dad, even though he looks different in the cart from Kirk’s stiff back style.

“I haven’t really moulded myself on another driver, I just try and be me. But Dad and I probably look different in the cart because he has more weight on him than me,” laughs Tristan.

Larsen’s drive may have been one of the best of the day but Samantha Ottley was the undoubted star of the driving three winners, giving her half the card of the races that were completed as race two was abandoned.

Two of Ottley’s wins were for trainer Michael House taking him to 43 for the season only 10 behind the stalled Purdon/Rasmussen stable so he should pass them at some stage and push for second on the premiership.