Mark Hurrell kept a great month in the sulky going with the win of Friendly Eyre at Orari on Sunday.

The reinsman and the six-year-old Dunedin pacer made it two wins on the trot for trainer Nigel Chalmers when scoring in race 5.

After bursting between runners to score at Winton late last month, Friendly Eyre swept home from the rear after drawing the outside of the front line for an impressive win at Orari. 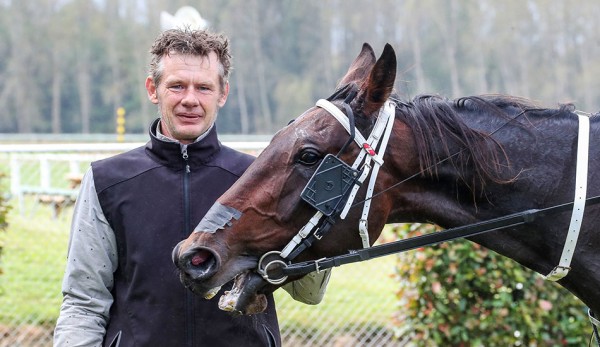 Chalmers has had the pacer humming for his mother Selina, who races the horse in her family’s red colours.

“Nigel has done a great job with the horse, he is passionate about his horses,” Hurrell said.

“His mum races this one, so it has been great for them.”

With five wins, Hurrell has been in outstanding form through April.

The timing couldn’t be better for the junior driver heads into Saturday's Diamonds Day, Southland’s biggest day of harness racing for the year.

After forming a fantastic combination with Love On The Rocks, the junior driver goes into the meeting with a realistic hope of winning one of the feature races, the Southern Country Cups Final.

“He is going really good, he should be primed for Saturday, hopefully.”

“He has been one of the most consistent horses in the country cups races the whole way through.”

“He missed away in the Wyndham Cup but every run since then he has been in the first two or three.”

“He has put his hand up this season to be at the top of the pecking order in that sort of race.”

Only One Way in race 1 looks among the biggest winning hopes of the junior driver’s six drives.

Punters can expect to see more of the reinsman at northern headquarters.

“It is good to get up there and drive a nice horse like Romeo Shard and win at Alexandra Park, it doesn’t happen every day.”

“My girlfriend lives in Auckland and I try to get up there and drive at the races.”

“So, I just hunt down penalty free drives.”

Hurrell’s form in the sulky has coincided with his move back to Wyndham where he first learned his trade.

Formerly with the Snow McLellan stable, Hurrell is now back working at Young Quinn Raceway with Craig Ferguson.

“Craig has got a really nice team, there are nice horses to work and Craig lets me get away to do my driving.”

“It is working out really good.”

Hurrell’s five wins through April have him on 14 wins for 2022, placing him third on the national junior driver’s premiership.