By Jonny Turner for the New Zealand Standardbred Breeders Association.

Winning doubles don’t come much better than the one Southland horseman Ricky Gutsell produced at Gore on Sunday.

Gutsell enjoyed his success with co-breeders and co-owners Neil and Eualie Thwaites.

“It is pretty rewarding,” the Wyndham trainer said. 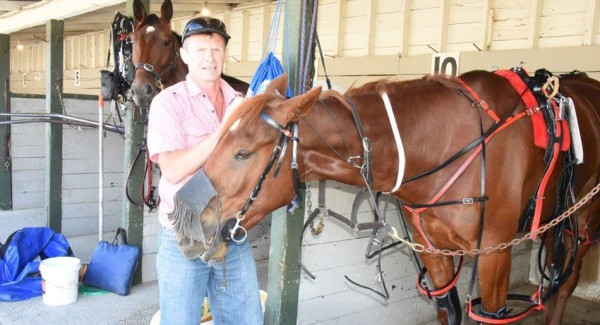 Insarchatwist and Still Rockin are the first two foals Gutsell and his partners have bred from seven-win Dare You To mare, Insar.

At the ripe age of 24, the dam of six-winners is retired from the breeding barn.

But after Sunday’s results, the owners joked that putting her back in foal wouldn’t be the worst idea.

“We got her online, she was being given away for free.”

“She’s 24 now, but I did say to Neil and Eualie on Sunday that the old girl was looking a picture.”

Though they’re full siblings, Still Rockin and Insarchatwist have their differences.

“Still Rockin is very fast, he is a bit quicker than her but she (Insarchatwist) is tough to go with it.”

“I have always said of all the horses we’ve bred he has been the fastest I have ever driven.”

“They are just a breed that needs time.”

Still Rockin made a solid start to his career before he fell in a race at Wyndham after copping a check and galloping.

Thankfully, the incident has done little to hinder his progress.

“He bounced back from it pretty quick but it didn’t faze him.”

“He had a few bumps and bruises but his mentality has been great.”

Still Rockin was particularly impressive on Sunday when coming from a clear last just after the start to power home to win. 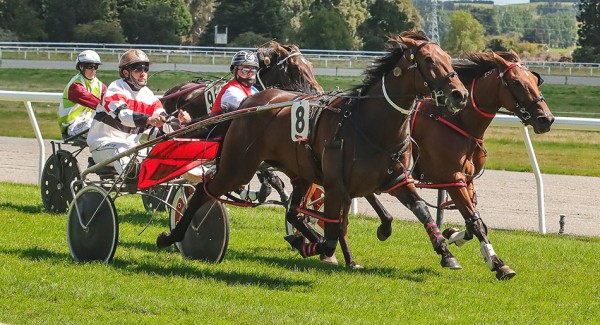 Insarchatwist scored her last win via protest at Ascot Park but on Sunday her owners got to enjoy the thrill of seeing her cross the line first.

“She has always been a nice horse, but she doesn’t get the best draws sometimes.”

“She had a bad draw again on Sunday but she overcome it.”

Insar was bred by Bruce Francis’ Ashmorven Stud and is from the family of world-record-breaking mare Shartin.