Great rivalry re-visited a decade on

Addington hosts the latest installment of the 3YO Flying Stakes this Friday and it features a red-hot field with emerging stars like Krug, Ragazzo Mach, It’s All About Faith, Pace N Pride and Luke John.

Ten years ago the race featured one of the great age group rivalries of the time. 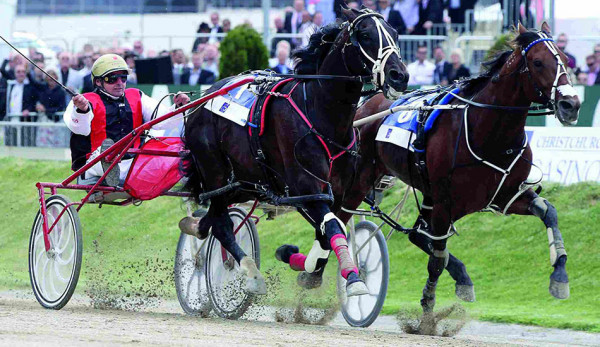 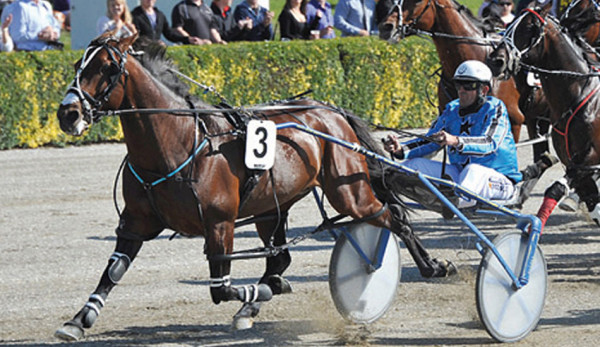 Drawing 11 and 12 both went back off the gate over 1980 only for Gold Ace to improve three wide for driver Peter Ferguson, going to the lead 200 metres from home. But Terror To Love’s driver Jim Curtin tracked his nemesis every step of the way, producing a sustained sprint when he had to.

“What a finish,” said commentator Mark McNamara, “it could be a dead heat.”

Instead it was. Nothing could separate the pair. The two were one and a quarter lengths clear of Major Mark (Mark Purdon).

It was the fifth meeting of the pair in that 2010-11 season, a season where Gold Ace definitely had the better of Graham and Paul Court’s star pacer.

The first chapter was on New Zealand Cup day in 2010 when Gold Ace won the Sires Stakes’ final with Terror To Love 7th.

Following their dead heat at the Vero Flying Stakes, Gold Ace triumphed at the Harness Jewels in Ashburton.

In all Gold Ace won six group Ones, and 22 races in all from 69 starts, amassing $1.247m in stakes. Not bad for a horse that was bought at the Australasian Classic Yearling sale for $27,000.

After his stellar three-year-old season Gold Ace had some major successes like the Golden Nugget in Perth and he took out the $150,000 Free-For-All on Show day at Addington in 2012 beating Pure Power, and Terror To Love.

But he didn’t kick on the same way that Terror To Love did. By the time he went to stud in 2015 he’d been named Pacer of the year three times, and Horse of the Year twice and had become the third horse ever to win three New Zealand Cups in a row.

Now is the time for a new rivalry, and as well as Group Two glory, Friday’s winner is also guaranteed a start in the 2021 Diamond Creek Farm New Zealand Pacing Derby.