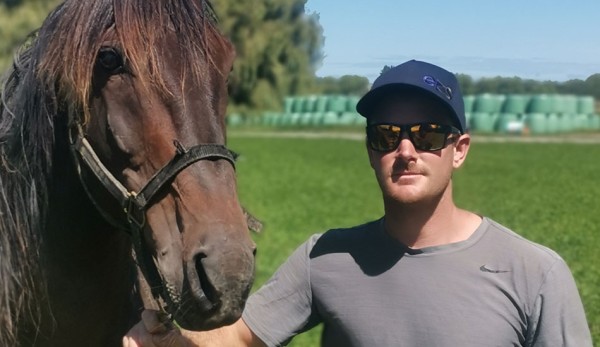 About a year ago it seemed Gold Ace’s days as a stallion were pretty much over, until a chance conversation between Gold Ace’s breeder and co-owner Derek Moore and Canterbury-based horseman Ross Cameron.

“Derek mentioned that they were going to geld the horse and I thought maybe I can use him for a few of my mares here, and it all went from there,” says Cameron.

Cameron trains a team of eight from his Coes Ford base about half an hour out of Christchurch. His best so far was Saginaw who won five from 42 before heading across the Tasman.

He also trained and drove Three Rivers that Moore bred. By Gold Ace out of Trevi Bromac, he won on debut on the grass at Rangiora in February 2021. His career record is now an impressive four wins from six starts, including the $25,000 Listed Central Victorian Pacing Championship at Maryborough.

While Cameron’s had 19 wins as a driver and 17 as a trainer since starting out in 2016. Now 14, Gold Ace has been on his property for about a year and “is busy most days doing natural service.”

“We’ve tested three and they are all in foal.” 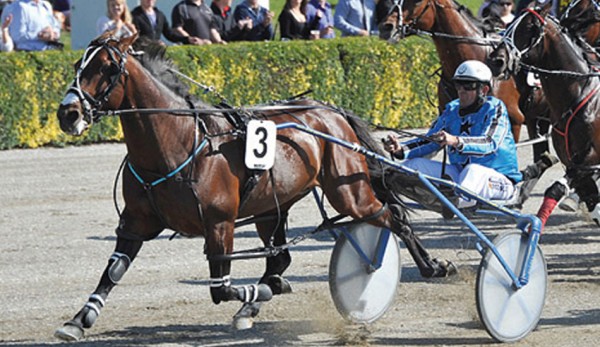 On the track Gold Ace’s earnings topped $1.2m, with 22 wins in 69 starts. In 2011 he was nearly unbeatable, winning 10 from 15. Most notable was his storied rivalry with Terror To Love.

While Terror went on to win three successive New Zealand Cups Gold Ace was never as dominant past his three-year-old season. His last race was a second to Border Control in the 2015 Group Three Summer Cup at Addington.

He has had more than 160 progeny. So far they have had 349 starts for 25 wins. Among the winners was Annerie (Gold Ace - Feyonce) who won here before taking out the Group Three Tasmanian Oaks and then heading to North America, while recent winners in this country have been the likes of White Diamond Gold, Charlie’s Ace, Pixie and Renko.

As with any breeder Cameron’s hopeful he can produce a champion – in the meantime, as he puts it, “we are learning as we go”.