Will still there for Belle Of Montana 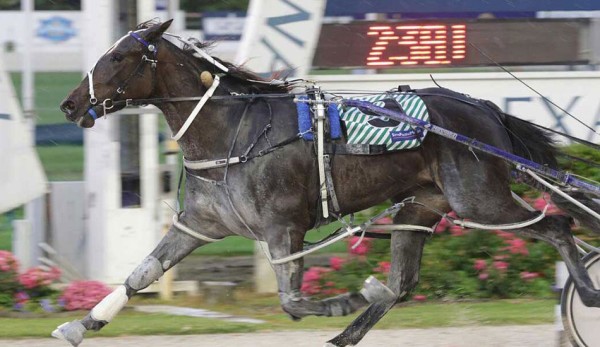 Hall Of Fame harness trainer Barry Purdon is adamant Belle Of Montana still has the desire to be a major race player and that makes her the value bet in tonight’s Garrards Mare’s Championship at Addington.

It is two years this weekend since Belle Of Montana last won a race, the Ladyship Mile at Melton, but she has spent a year of that away from the track with leg issues.

She still goes into tonight’s group two Addington sprint with a record of 13 wins from 29 starts, even more remarkable because she hasn’t won in her last nine attempts, a reminder of just how good she was at three and four.

Belle Of Montana was also a victim of that success, being forced to race open class stars like Copy That and Krug for much of her spasmodic racing in the last 18 months and these days she looks best suited to taking on her own sex.

But that isn’t easy either against rivals like Bettor Twist and plenty of other speedsters in tonight’s 1980m mobile, which is a lead-up to the group one Breeders Stakes next month.

While she has been generally luckless and running on in her recent starts, including a third to Krug in a 1:52.7 mile at Cambridge last start, Purdon has no concerns that Belle Of Montana’s will to win is waning.

“She still wants to be out there but she is not having a lot of luck,” he says.

“She has been getting back in races where they are running home in very quick sectionals and hitting the line well.

“She has another sticky draw this week so she will need some luck but we will leave the tactics up to Zac (Butcher, driver) because he has handled her so well in her career.”

Even the best version of Belle Of Montana wouldn’t be favourite tonight because her raw speed is matched by the toughness of Bettor Twist, who beat many of these in the group one Queen Of Hearts at Alexandra Park last month.

With both mares drawn wide Bettor Twist could actually aid Belle Of Montana, who if she can stay in front of her will be at least able to work to at least the parked out position confident Bettor Twist will also move and more likely provide her with cover.

If they can get handy they should overpower or outsprint most of the talented, but not as proven, rivals but there is plenty of gate speed drawn inside them so the first 800m could be very active.

While speedsters like Need You Now and Bettor Talk Art will be hard to hold out if they get to the marker pegs easily, Belle Of Montana’s opening quote of $12 and particularly the $3.30 a place could look superb value come the middle stages of the race. 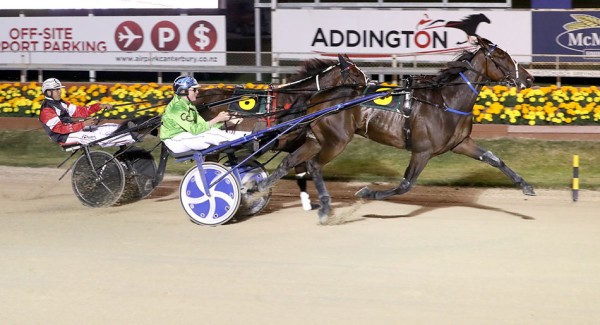 As good as the mare’s race is maybe the most talented horse racing tonight is in the main trot, where Muscle Mountain will dominate betting after the scratching of his only serious rival Oscar Bonavena.

Muscle Mountain is still learning his craft but two of his spring wins suggested he sits alongside Bolt For Brilliance on the next level of trotters below champion Sundees Son.

He left no doubt as to his fitness and young driver Ben Hope’s intent when he trialed against the pacers last week, showing good gate speed and trotting squarely to beat to beat the smart Beach Ball.

If Muscle Mountain gets across to the lead it is hard to see him beaten considering he sat parked to win a 1:53.2 mile at Ashburton in October.

“I think he is in that form again and he felt great at the trials last week,” said Hope.

“So we will be heading forward and if we can lead we will be staying there.”

Victory tonight could guarantee Muscle Mountain a trip to Alexandra Park’s huge new Harness Millions meeting on February 12 where he would take on Sundees Son and Bolt For Brilliance in the $50,000 Lyell Creek Stakes.