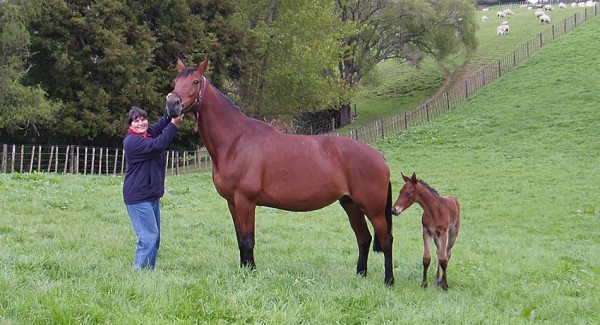 And he's on the verge of proving her right. Now 13, Flying Isa recently clocked up his 50th career victory in North America.

Flying Isa (Pegasus Spur - Sun Isa) was foaled in 2008. Sun Isa, who won four from 40, was out of Kearns' foundation mare Isa Countessa.

A former New Zealand captain and world championship-winning roller and inline hockey player, Kearns got the idea to breed from Pegasus Spur on one of her trips overseas.

"I'd seen him race in the States and also seen some of his young progeny in Ohio," says Kearns.

A star on the track as well as a top stallion, Pegasus Spur won 16 from 50 starts in 2000-02 in North America. Among his progeny was the million dollar plus earning Speeding Spur (28 wins), who followed Pegasus Spur to Woodlands Stud in 2020. 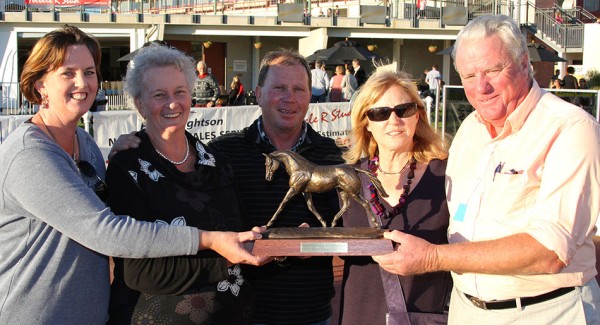 He was sold as a yearling for $61,000 at the PGG Wrightson's sales in 2010 to Jack and Jo Davies, Jonathan Hope, Jenny Sutherland, Linda German and Jo Taylor.

As a two-year-old he won eight in a row in 2011, culminating in the Australasian Breeders Crown Final and the $126,390 winner's purse. Other Group One victories included the Franco Australian at Menangle in 2014, and the 2YO Ruby at the 2011 Harness Jewels.

"The favourite would have to be the Australasian Breeders Crown. All the owners were there," says Hope.

It was a double celebration as it turned out. Flying Isa dominated the 2YO feature by six lengths, not long after another of their star trotters Paramount Geegee (Pegasus Spur - Paramount Star - 17 wins) had taken out the 3YO Final. 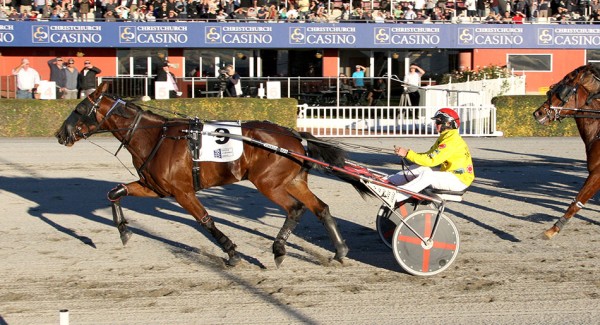 Trained by John (and Josh) Dickie, Flying Isa had 17 wins from 56 starts before the owners sent him to Australia.

Hope, a retired vet, says while Flying Isa had exceptional ability he was also a "bleeder".

The decision was made to send the horse to Team McCarthy in New South Wales for "a different stable and different conditions". He won one race there, at Menangle in November 2015.

When the bleeding problems persisted Flying Isa was sold to Canada where he could legally race on anti-bleeding medication, Lasix.

"We tried everything, we had no option."

Furosemide, as it's also known, is outlawed in this country. It's something that Hope strongly objects to.

"It's not like doping a horse," says Hope, a retired senior partner at the Cambridge Equine Hospital, "it enables a horse to race to its potential. Otherwise it cannot breathe properly because of blood in its lungs."

Hope knows it's a controversial subject.

"It's a shame that Lasix is not able to be used, the law should be changed... it's an animal health issue."

In North America, and with the benefit of Lasix, Flying Isa has won a further 32 races, bringing his lifetime total to 50 late last year.

He's the third ex-pat Kiwi horse in recent times to achieve the milestone, along with Christen Me and Crocket's Cullen. 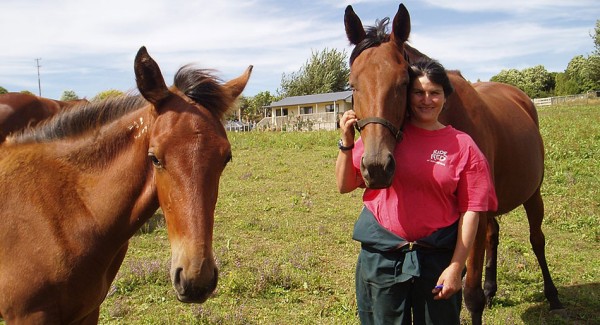 Of the 50 milestone Kearns says she's "pretty proud ... it's quite sentimental for any breeder."

"It's all about believing in your horse."

These days Kearns is not breeding any horses but she is training a small team around her day job at the Cambridge Library.

Appropriately one of her horses is called Library Lady, who is also Flying Isa's full sister.