The eight-year-old mare has placed in her last three starts after a series of unplaced results and driver Peter Davis, partner of trainer Margo Nyhan, has put her change in form down to a couple of factors.

“She has got away better in her last three starts,” Davis said. “Her form has looked pretty ordinary, but a couple of times she has been slow away and got back in her races.

“She is a funny wee horse. If you catch her right, she can begin quite nicely.

“We have also varied her work up a little bit. We have done a fair bit of work in the water-walker with her at Spreydon Lodge to keep her off the track a little bit.

“Changing her workload seems to be working with her.”

Davis said manners will once again be key on Tuesday.

“The key to it is getting away in those 2000m stands,” he said. “You have got to be in the first three or four unless you are a whole heap better than the others.

“If she can begin like she has been and settle handy, I think she is going to be thereabouts.” 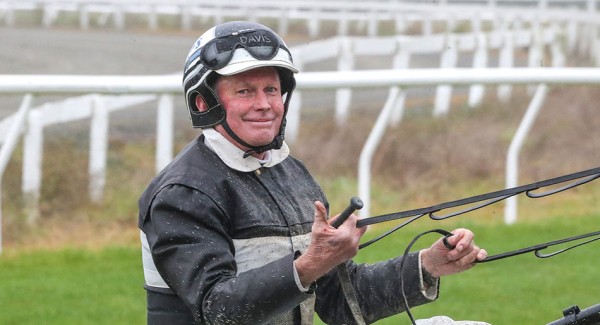 Madeleine Stowe has won eight of her 91 starts and has been a stalwart of the stable.

“We set up a syndicate a couple of years ago and we bought Madeleine Stowe as a bit of a cheapy to race until the yearling we bought at the sales got going,” Davis said.

“The others are no longer around and she is still ticking over, and has done a great job.”

The daughter of Monkey Bones could be in for a busy week, also holding nominations for Addington Raceway on Friday and Rangiora on Sunday.

“We never used to race her too frequently but because she isn’t doing anything at home almost, I think we can back her up pretty regularly,” Davis said.

“At this stage we are going to one or the other, or maybe even both, we will just see how she comes through the race.”

Davis is hoping Madeleine Stowe can continue the stable’s winning ways this week, after the barn’s only other racehorse The Fox scored at Ashburton Raceway on Sunday.

“We are working about a dozen, but we have only got her and The Fox racing at the moment,” Davis said.

It was an emotional victory for the stable, with The Fox having been bred by Margo’s mother Denise and late father Denis Nyhan and raced in Denis’ well-known black and white silks.

“It was nice for Margo’s mum and people appreciated seeing the colours back out there, it was good,” Davis said.

It was the nine-year-old’s first win since 2016, having a hiatus from racing for nearly four years.

“Denis had been a crook,” Davis said. “He (The Fox) hadn’t had any injuries it was just they hadn’t got around to getting him back to the races.

“It was a long, slow build-up. We had him in work since July last year. He was ready to go at Christmas time and then he got a cold and we backed off him.

“It was nice to get the win with him on Sunday.”

A headline-grabbing sales-topper two years ago, Moet Shard will debut at Addington on Friday night.