Exciting autumn in store for Cranbourne

Cranbourne could be in for an exciting autumn if his fresh-up win in Gr.3 Fahey Fence Hire Free-For-All (1980m) at Addington Raceway on Friday is anything to go by.

The five-year-old gelding has some lofty targets ahead of him and received a boost of confidence when taking care of a quality line-up with ease in Friday night’s feature pace.

Driver Matthew Williamson was positive off the mobile with Cranbourne, pushing him forward early to wrestle the lead off Alta Wiseguy.

Williamson kept an honest pace throughout and the pair were left untroubled upfront. The son of Sir Lincoln fended off the challenge of Alta Wiseguy down the home straight to win by 1-1/4 lengths, with a further 2-1/4 lengths back to race favourite Bettor Twist in third. 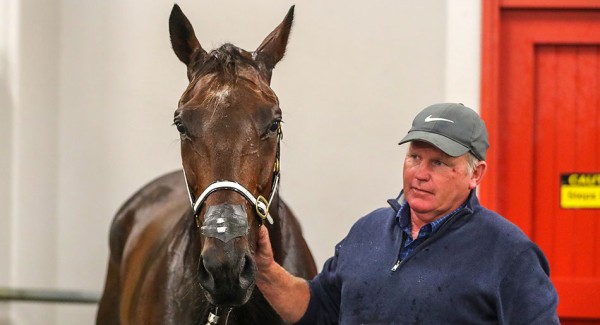 Trainer Brent White was rapt with the win and he is looking forward to tackling more feature races with the gelding in the coming months.

“I am over the moon with him,” White said.

“He is getting better with the hard racing against these better horses. He is getting a bit harder himself and learning the ropes.”

Cranbourne was fresh-up after posting consecutive wins in February and White is now eyeing a northern raid with the gelding.

“We gave him a let-up because we were considering going to the North Island for the Taylor Mile and Messenger,” he said.

“I said to the boys that after those two runs in a row he would need a freshen-up because you can’t keep going to the well all the time.

“He will go to the Superstars next week and barring accident he will go up to Andrew and Lyn Neals (Cambridge) and he will target the Taylor Mile and Messenger, and we will reassess things after that.”

Cranbourne has now won 11 of his 31 starts, two at Group Three level, and White said he is giving his ownership group the ride of their lives.

“You don’t want to get too carried away and keep your feet on the ground, but it is pleasing with the way he is going and we have just got to take it one race at a time with him and enjoy the ride,” White said. 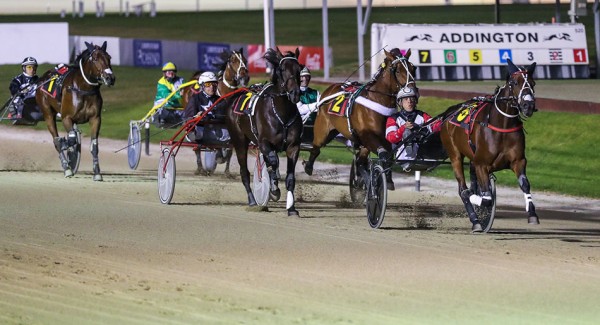 Earlier on the card, Sundees Son reasserted his dominance when taking out the Gr.3 Lamb & Hayward Trotters Classic (2600m) by two lengths over arch rival Bolt For Brilliance.