But that comment gets harder to believe when Five Wise Men gave Edmonds and his daughter Aimee their first Group One winner in the $100,000 Livamol NZ Trotting Derby at Addington on Friday and you realise of their 51 career wins together 43 have been with trotters. 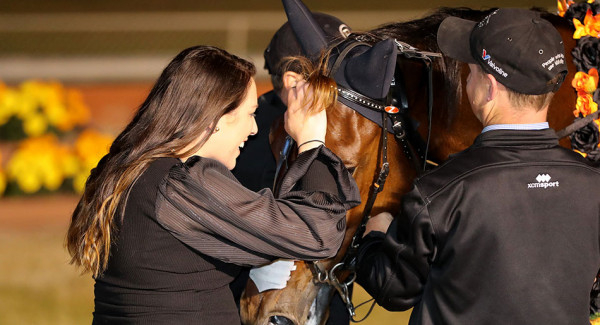 “I suppose we just tend to get more trotters but I think we have done pretty well with the pacers we have had too,” says Edmonds.

“But we have been involved with these owners for a long time and they have had such a great breed of trotters so the better horses we get are trotters.

“And I do like the shoeing and mucking around with that part of it all so maybe that helps with the trotters.” Edmonds is being overly modest about his success with the squaregaiters as he does plenty of trotting work for son-in-law John Dunn, who is married to his other daughter Jenna.

“We all work in well together and Aimee not only helps out with the horses but it great with the accounts and the owners,” says Edmonds.

“So it is a real team effort even though Aimee and I don’t have that many horses in our own name.” They have a very good one now though in Five Wise Men, who has left little doubt he is the best of this three-year-old crop, which he had to be on Friday night.

He was left out of the early burn by Dunn but got the breeze easily by the bell before giving punters a scare when chucking in a rough stride at the 850m when he started to race fiercely. But even learning on the job he was too good, holding out a luckless Time Up The Hill, a brave Son Of Patrick and Leaf Stride, who was another pushed back at a crucial stage. 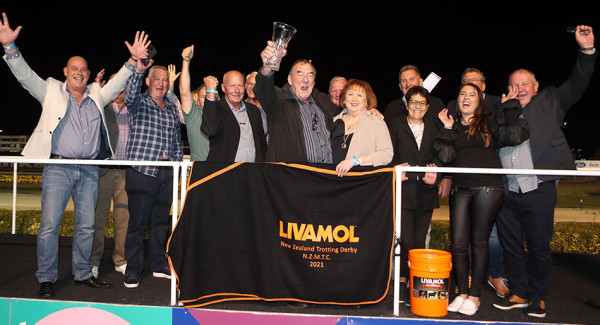 As good as he has been, Five Wise Men will have to learn a new skill and quickly before he comes to Auckland for the Sires Stakes Final and Northern Trotting Derby as he has never even been worked right-handed.

“He does all his work on the beach so I haven’t tried him right-handed at all,” explains Edmonds.

“But I will start that next week and I am confident he will be fine because he is good gaited. He hangs out a bit this way so I think he will hang in up there so we might need to tinker with his gear a bit.” 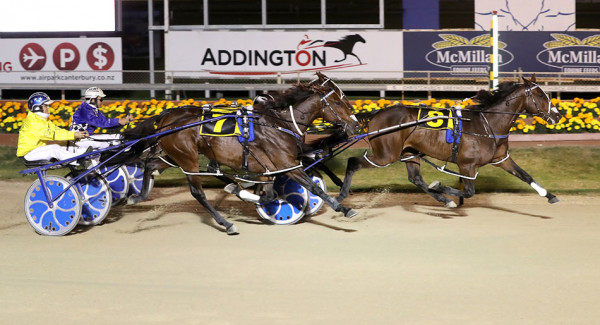 Five Wise Men wasn’t the only major race winner on Friday to sit parked on their way to victory with stablemates Cosmic Major and Self Assured doing the same in the Welcome Stakes and the Superstars respectively.

Self Assured slid up to the chair at the perfect time but it will still a commanding performance to hold out Amazing Dream after grinding past Pembrook Playboy.

Cosmic Major sitting parked outside favourite Akuta in the Welcome Stakes was more of a surprise even though the son of Art Major has done nothing wrong in his two career starts. 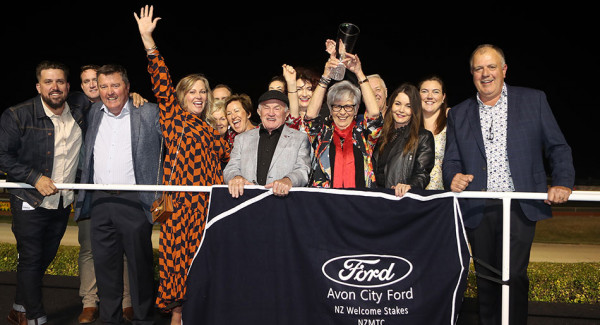 The wraps on Akuta were big but Cosmic Major was just too good with a no excuse performance in the hands of Tim Williams,  and suggested right now he might be the best of the Hayden Cullen freshman pacers who dominated the race with the first four home.