Countdown on for country's top fillies 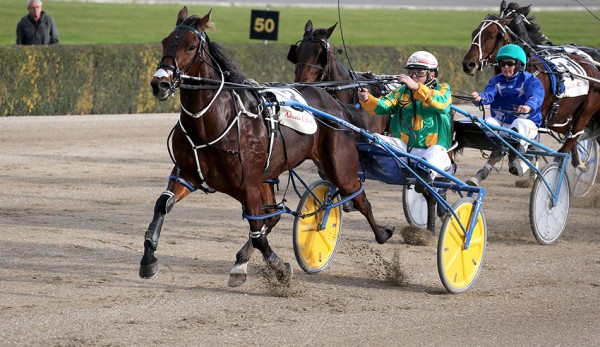 Won by some of the greatest horses to ever race in this country, the latest edition of the Nevele R Fillies Series kicks off later this month.

The path to finding the 2022 champion starts at Addington on August 26, with the first of seven heats and one of only two conditioned heats (for fillies whose lifetime stakes earnings are no greater than $40,000).

"It's always been a super series," says Sires' Stakes executive Martin Pierson, "but this year there are some new elements which we believe will really elevate it."

The tweaks to the format have come about through the change to the racing calendar. In the past the Final has been held in May. This year it will be part of the biggest race meeting of them all, New Zealand Cup day at Addington on November 8.

"Cup day is special anyway and it will great to have our best fillies getting right amongst it."

But Pierson is also upbeat about the heats leading up to the Final.

For the first time the series will feature a heat as part of Hannon Memorial day at Oamaru on September 18, and then the final heat will be held on a bumper day of racing at Ashburton over Labour weekend (October 24), which will also feature a Woodlands Stud 2Y0 Colts and Geldings heat, and a Dunstan Horse Feeds 2YO Fillies heat.

"If Cup Day is like test match rugby then that Labour day meeting is the super rugby final," says Pierson, "it's really shaping as a day that could be a real highlight....so many good horses."

"That's a meeting that we think could turn into a real crowd-pleaser."

The programme is for the heats and Final is as follows :

The three-year-old season is set to hot up this Spring.