Contrasting fortunes for The Race contenders at Addington and Auckland

The All Stars team for harness racing’s new slot race may not be finalised just yet.

Because after wins and losses at Alexandra Park and Addington on Friday night their options for the $900,000 The Race at Cambridge on April 14 seem to be growing.

Trainers Mark Purdon and Hayden Cullen already have the favourite Self Assured in the new race and he was stunning winning at Alexandra Park.

The fact he could come from last over the 1700m of The Founders and win so easily suggested he is in career best form and there is no doubting he is the benchmark for The Race four weeks out. 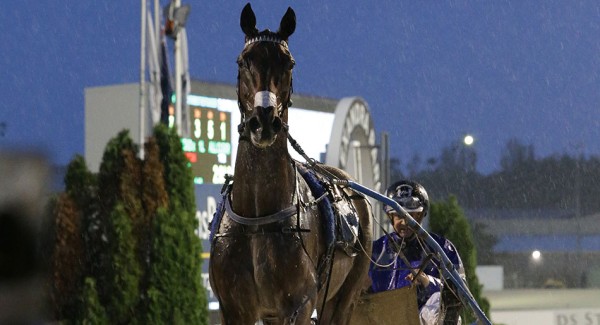 He was excellent and arch rival South Coast Arden brave in defeat when second after racing parked so they are both where they need to be.

The stable also had Mach Dan join their team on Monday and while they haven’t opened the speedster up in training yet he is likely to have his first New Zealand race at Alexandra Park on April 1, clashing with Self Assured.

Also destined for that race is stablemate Spankem, who missed Friday night’s Alexandra Park racing has he has struggled with a respiratory issue caused by the extreme dust in the north.

That problem may have been aided by the rain that hit the north on Friday night and Purdon is confident Spankem is still on target for The Race.

But things got a little more complicated when Bettor Twist won so well and One Change was beaten so far at Addington in their main pace on Friday.

Bettor Twist is owned by the Breckons who have a slot in the race which has been widely expected to go to South Coast Arden or Spankem.

South Coast Arden will get a slot, possibly from other owners the Kennards but if the Breckons decide they would now like to give Bettor Twist her shot at The Race, Purdon says he would support that.

That, of course, could leave a horse like Spankem without a guaranteed slot BUT One Change must now be doubtful to head to Cambridge and it wouldn’t be a stretch to see the slot many thought he would get start working on another horse, like Spankem.

All of that means it isn’t impossible the All Stars end up with four horses in The Race and it could now get another mare, which would mean only five spots for males on the front line.

So there is maybe a few more pieces on the chess board than we thought as the countdown to The Race continues. 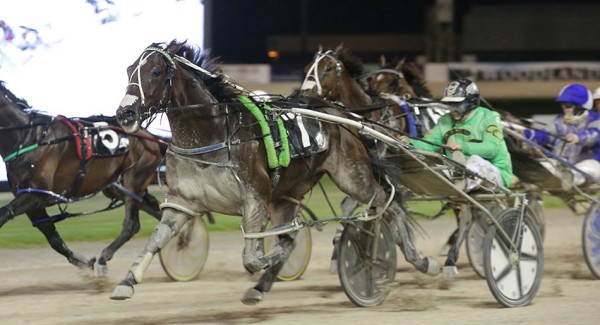 One horse who won’t be there is one-time favourite Akuta, who was very Self Assured-like with his own come from last win in the Derby prelude on Friday night.

He was outstanding and with a small field likely for next Friday’s Derby it is hard to see him beaten.

First Rose took out the Oaks prelude which saw plenty of early pressure, one of four winners on the night for Peter Ferguson.

As for the Oaks, Purdon suggests True Fantasy, who has been struggling with the same dust issues as Spankem, will definitely be in the classic next Friday.

The two juveniles races were taken out by hot favourites Kahlua Flybye (fillies) and Seve (boys) ahead of their finals next Friday.