Kevin Townley has had a hip replacement following his crash at Rangiora on Sunday. He had the operation on Monday after being flung into the air while driving Murano in the opening race which was abandoned. He remains in Christchurch hospital. And Steve Clarke, the driver of Nadira Franco who was involved in a skirmish at Addington on Friday night, is recovering at home. He suffered injuries to his arm and shoulder, and has shown some signs of concussion. No horses were seriously injured.

It’s been confirmed Trackside will broadcast a live preview show before the Harness Jewels. Hosted by Matt Cross, Craig “The Whale” Thompson and Marc Cookson the show will be shown on Wednesday, June 2, at a time to be confirmed. The Harness Jewels will be held at Cambridge Raceway on Sunday, June 6, with nine Group Ones all worth $100,000. 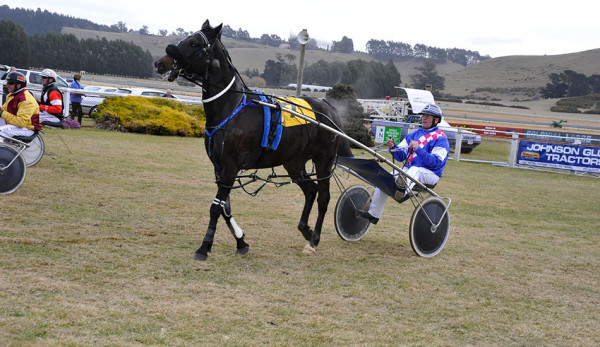 After 165 starts Jerry Garcia has been retired. The 11 year old, trained by Leo O’Reilly at Rakaia in Mid Canterbury, won 9 as a pacer, before changing gait and winning 5 as a trotter. All up the son of Jereme’s Jet won nearly $150,000.

2020 New Zealand Broodmare of Excellence winner Dreamy Atom has died in Southland, aged 29.. Bred by the Deverys at Invercargill Dreamy Atom won six of 21 starts, including the 2YO and 3YO New Zealand Sires’ Stakes Fillies Championships. At stud her progeny, and those of her daughters and granddaughters, totalled around 250 wins, including 13 Group Ones, and she was responsible for the likes of Chase The Dream and Amazing Dream. 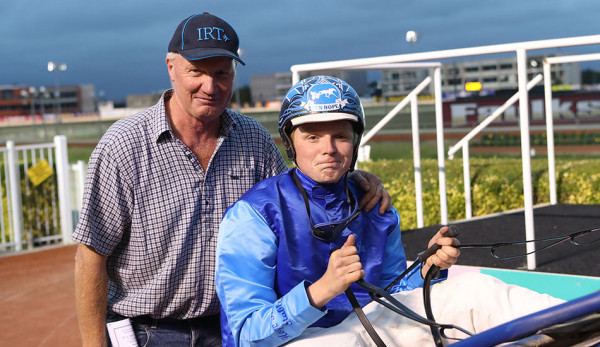 Milestones for trainers and drivers

Greg Hope had his 800th training success at Rangiora. The Woodend beach-based trainer had 108 wins on his own account between 1987 and 2001 before teaming up with wife Nina. Homebush Lad’s win was their 692th together. In their first season as a training combo, brother and sister team of Steve and Amanda Telfer have had their 50th success, with Allamericanlover winning at Cambridge last Thursday. And Kerryn Tomlinson had her 50th winner as driver when Dhaulagiri won at Addington on Friday. It was one of three wins in three days for trainer John “Coaster” Howe. He also won with Show Me The Gray at Rangiora on Sunday, and Majestic Chick at Addington on Friday.

Finishing second is becoming a bit of a family tradition for two progeny of Bettor’s Delight and Delizioso. Oddly enough one is a pacer and one is a trotter. The Hayden Cullen-trained Italian lad has had five second place finishes in his last six starts and his full sister Rakero Blaze, who is actually a trotter, was second on debut for North Canterbury Phil Burrows at Addington on Friday night. .

Diamonds Day, a premier race day which sees the finals of several of the south’s top harness race series, will take place at Ascot Park Raceway in Invercargill on Sunday 2 May.
The Invercargill Harness Racing Club will host the event with feature races including major Group 2 races, the $40,000 Alabar Southern Supremacy Stakes Final, the $40,000 Macca Lodge/Nevele R Stud Southland Oaks Final and the Diamond Creek Farm 2-year-old Classic also with a stake of $40,000 plus the $20,000 Regent Car Court Southern Cups Final.
Racing starts at midday and there is a great opportunity for the ladies on race day with a special coupon offer in the Southland Express on both Thursday 22 and 29 April. Bring the coupon along and ladies will receive their first glass of wine free, an ideal opportunity for all ladies but especially for any duck shooting widows that weekend.
There will be free tea and coffee on course all day long as well in Lizzie’s Café on the ground floor of the facility.
Admission to the course on the day will be free.