Butcher off to a flyer 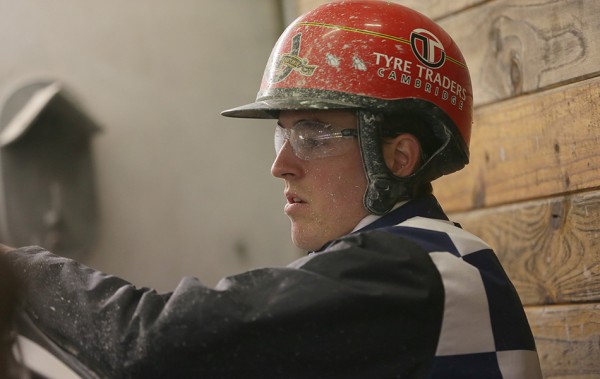 Benjamin Butcher is off to a flyer this season, recording a treble of wins at Alexandra Park on Thursday night and bringing up his 200th driving victory in the process.

The South Auckland reinsman kicked the night off in style, winning the first race on the card, the Join The Breeders Mobile Trot (1609m), with Minnie Bow Tique.

“She is an honest wee horse and she has been running some really good races,” Butcher said.

“Over that mile tonight and being able to get that lead early, and not have too tough of a run, really helped her.”

That victory brought Butcher’s career tally to 199 wins and he was able to bring up his double-century three races later with Kerri Maguire in the Lazarus Standing At Alabar F&M Mobile Pace (1609m).

While pleased to reach the milestone, Butcher said the occasion was made even greater by the fact it was achieved in the colours of his employer, Stonewall Stud.

“To get that 200th winner with Steven (Telfer, trainer) was a pretty special thing, seeming as he has been such a big supporter of mine,” Butcher said.

“It was also good to see Kerri Maguire back to what we thought she was.”

Butcher wasn’t done for the night, extending his win tally for the night to three when reining home Riverboy Ben to win on debut in the Betavet Supports NI Breeders Mobile Pace (1609m), giving trainers Steve and Amanda Telfer a double for the meeting.

“It was a good fresh-up run by Riverboy Ben,” Butcher said. “He qualified quite well. He is still quite green in his racing, but he will get there.”

Butcher was tipped to record his fourth victory of the night behind race favourite Dance Time in the NZB Standardbred FFA Mobile Pace (1609m), however, he faded to last after sitting parked.

“It never really suits him sitting parked,” Butcher said. “It’s just one we have got to take on the chin and move onto the next one.”

Fresh off his best season to date with 47 wins, Butcher is looking forward to this term, particularly with Stonewall Stud opening a southern barn later this year.

“It is going to turn into a pretty big operation and I am pretty lucky to be a part of it and be one of the stable drivers,” Butcher said.

“It was a really good season for myself, as well as Steven and Amanda. Hopefully we can go a little bit better this year and keep improving.”