That move proved to be a masterstroke, with Wheels Of Fortune running away to a 2-3/4 length lead over Absolute Dynamite, with a further four lengths back to Backburn in third.

“I thought John Dunn’s horse was the one to beat,” Hay said.

“I thought if his horse sits parked, my horse has a chance to beat him. When you are driving a nice horse you make the rest work.” 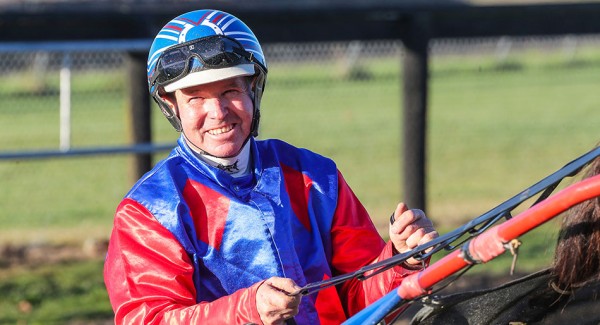 It was Wheels Of Fortune’s second win from three starts and Hay believes there is plenty left in store for the son of Always B Miki.

“He is a nice horse,” Hay said. “He is a bit green still, he is off and on the bit, but he has got the makings of a nice horse.

“He has always shown promise, he is just a big horse, but he is a good gaited horse.”

Hay said his charge will now head out for a break and will be set for a return in the spring.

“He will go out for four or five weeks and come back for spring racing,” he said.

Stablemate Miki Diva finished seventh in the same race on Sunday and Hay was a bit disappointed with the result from the three-year-old filly.

“Ineka Lee drove her and said she felt a bit flat,” Hay said.

“Her training wasn’t quite as good as last time. We were a bit disappointed; she should have gone better than she did.”

The daughter of Always B Miki could also head for the spelling paddock, although a trip across the Tasman could also be on the cards.

“She is owned in Aussie, so she might go to Australia,” Hay said.

“She needs a bit of a break anyway, she has come a fair way in a short time.”