Bob Butt's dash for the cash

Bob Butt had the greatest three-hour stopover of his life in Auckland on Friday night.

Because in that time he managed to head to Alexandra Park, win the $66,000 Peter Breckon Memorial Caduceus Club Classic with Cover Girl and then return straight back home.

The popular Canterbury horseman won Race 4 but was back in Christchurch when they were running the last of the eight races at Alexandra Park.

“I think I was only in Auckland for about three hours,” he laughed.

“I flew up, went to the track, drove her and then went straight back to the airport and flew home.

“So we planned if perfectly.” 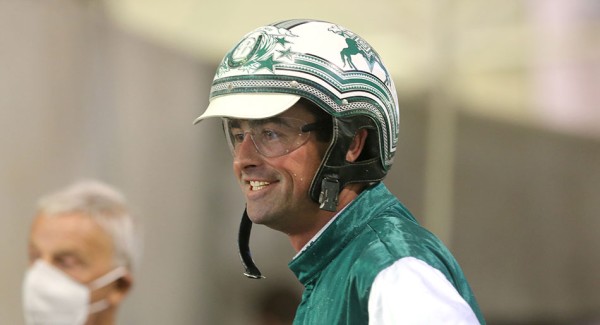 Also perfectly planned was the race, with Butt using Cover Girl enough to hold up then hand up to Dance Till Dawn, who parked hot favourite True Fantasy and left her there.

There was no shock in that but there was in the performance of the favourite who was beaten at the 400m and struggled into fourth, leaving her connections grasping at straws as she finished unplaced for the first time in her career.

Cover Girl’s win was only her second in 12 starts and the other came in exactly the same fashion, trailing on this track when beating Dance Till Dawn in the Harness Million last year, only that time True Fantasy stuck on for second between them.

Butt says originally Cover Girl came back to that form this campaign but after a big second to Remember Me at Addington one night she lost it again.

“I couldn’t work out why but she was really flat so I gave her a month off and it worked the trick.

“She has felt right back to her best since but had two bad barrier draws. Tonight is what she needs, a good draw and a good trip and she is right up to them.”

The win saw Cover Girl promoted to second favourite for the Northern Oaks on March 25, with True Fantasy still the $1.65 elect but likely to at least get a blood test after her dramatic failure.

“I will probably go around in the Oaks prelude the week before but she is staying up there with John Dickie so he deserves all the training credit for this win,” said Butt.