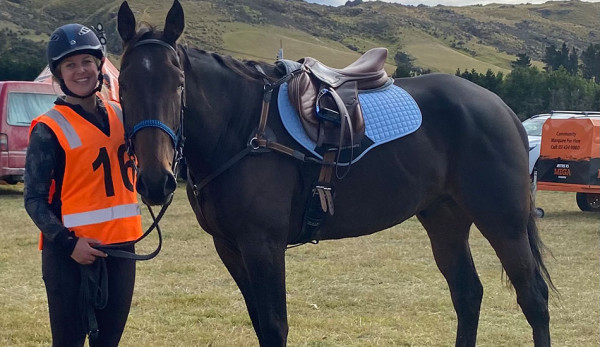 Jess Murphy has an unorthodox approach – but it seems to be working.

She reckons she’s helped turn a “plodder” into a “winner”.

The plodder she talks of is Mach O’Melley, a 7 year old by Mach Three out of Perfect Passion, that’s trained by her father, Eddie Murphy at Waikouaiti, near Dunedin.

On the racetrack Mach had plateaued so in an attempt to “wake him up” Murphy started riding him.

“He had just switched off racing – he had no sprint, no spark.”

Soon he was being jogged for an half hour in the morning and then Murphy would ride him in the evenings for up to three hours, before they started doing endurance events and treks together.

And it started to make its impact on the racetrack as well.

In January, he won his first race at start number 56. It was the New World Winton mobile pace and he did it tough. Driven by John Morrison Mach O’Melley went up three wide with more than 800 metres to go and then produced a grinding finish to win by a head. He paid $34 for the win. 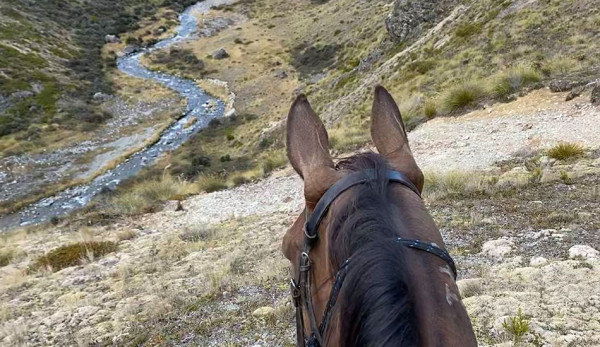 In March Mach and Murphy paired up in the biggest and most famous trek of them all, The Cavalcade.

“It took three and a half days, one day we did nearly 20 kilometres , up 1200 metres,” says Murphy, “we went across screes, through bogs and jumped ditches, we could not believe the country we were crossing.”

Then at Easter they competed in the national endurance championships, where they finished second in the 22km event.

“The vets could not believe how low his heart rate was when he crossed the line, then I told them he was in race work.”

“When you are driving him fast work he’d pull and be very hard work, but when you are riding him he’s very soft, and it’s better visibility riding him compared to sitting behind him!” 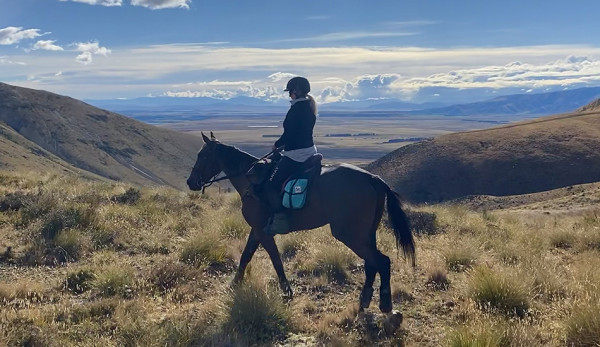 Based in Oamaru, Murphy is a key account manager with FMG Insurance who’s been around horses all her life, including a stint in Canada where she worked on a ranch that had 90 horses.

She is now looking at using the “Mach” approach on another horse in the stable, Santeria.

The five-year-old Bettor’s Delight mare has not won a race in 25 starts.

And she’s thinking that she might just be onto something.