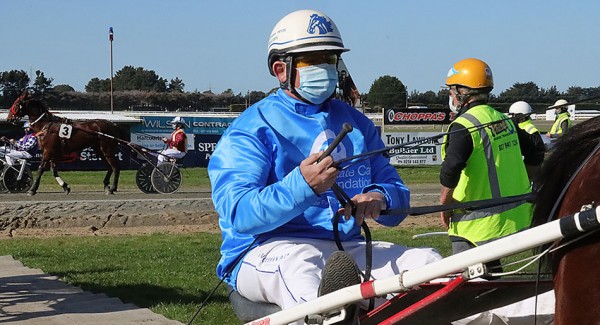 Brent Barclay joined an elite group of Southland reinsmen to have driven 800 winners in style at Ascot Park on Thursday when scoring a winning treble.

Barclay put on a display fitting as his status as one of Southland’s most respected reinsmen with three pinpoint steers in New Zealand’s first harness racing meeting following racing’s shutdown during the recent national Level 4 lockdown.

Known as an astute judge and not the kind of person to talk himself up, Barclay summed up his achievement in typical style.

“Every win is a good win, it took a while, but it was good to be able to get there.”

Barclay reached his milestone by giving the Tony Stratford trained Midnitetraintogeorga a perfect run in the trail in race 1.

The reinsman angled the filly into the passing lane before she cruised to a comfortable victory.

“She was good, she felt like she had a bit more there but she hasn’t quite switched on to it yet.” 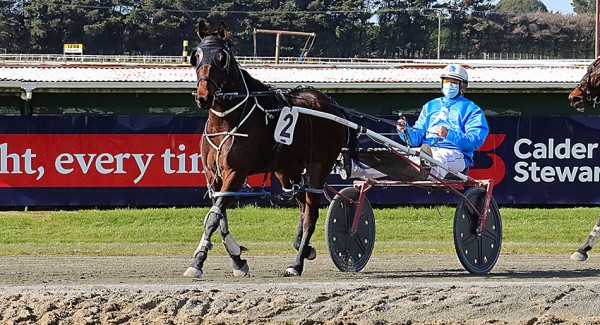 Barclay made it win 801 when giving the Amber Hoffman trained Heez Good the same perfect run in the trail to produce the same winning result in race 4.

“He felt like he is not a bad horse, he has still got a bit to learn yet but once he figures it out he should be able to do not a bad job.”

Barclay sealed a winning treble when the Alister Black trained Get Lucky bounced back to his best form in race 5.

“Alister was pretty happy with him before the race but he thought if he was 10m closer in the handicaps he would win.”

Two of those placings came for trainer Brett Gray who has been a key figure in Barclay’s career in recent seasons.

Complementing his driving career, Barclay and partner Lauren Pearson have produced strong results with the small team they train at Winton.

The couple is known for their ability to produce smart young horses that are often snapped up by Australian buyers.

Among their team at the moment is Duke Of Cornwall who showed ability as a two-year-old last season.

The three-year-old is a half-brother to Pearson and Barclay’s Southern Supremacy Stakes winner, Duke Of Wellington.

Both horses were bred and raced by key stable owner Lester Smith.

“He has got all the speed in the world, he just needs to strengthen up a bit.”

“He just had his first hopple run this week, we are not sure what we are going to do with him just yet.....he could have a couple of starts here and then move on, we will see.”

The first of them came in the same race in 1995 with Corumba.

Barclay is one of ten harness racing drivers who are ambassadors for Harness Racing New Zealand’s Blue September campaign. 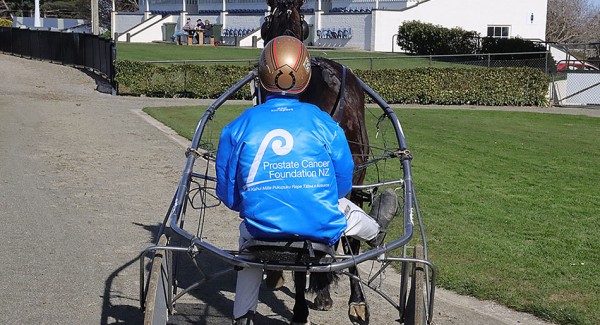 With another ambassador Matty Williamson getting two wins on the day (Cantfindabettorman R7, Celebrating R10), a total of $1300 has been raised so far, heading into Addington and Cambridge today.