In his second season as a junior driver, the Christchurch horseman saluted the judge for the first time after reining home Lavra Segil to win the IRT. Your Horse. Our Passion. Trot (2600m). 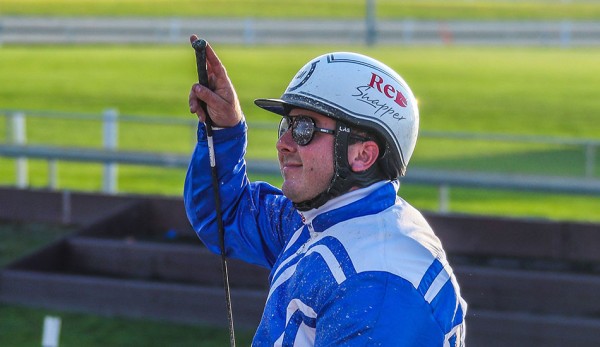 Bamford gave the daughter of Sundon an economical trip three back on the fence and was able to find clear passage up the passing lane where Lavra Segil showed a good turn of foot to run down the leaders and score a 1-1/4 length win.

Bamford was duly delighted with the result.

“It was one to tick off the bucket list and it is good to get the monkey off the back,” he said.

“She travelled super the whole way. Although the form line doesn’t show it, she went quite well last start.

“She had some steering issues early on but her last couple of runs I have been really happy with her and she has been getting better and better.

“We got the perfect run today and she was just too quick.” 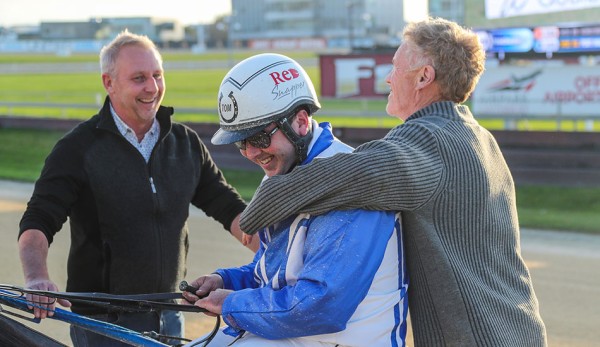 While pleased to pick up his first driving win, Bamford was just as happy for trainer Peter Shennan who recorded his second victory, and first in more than 20 years after handing in his license at the turn of the century.

“He (Shennan) just got his license back this season. He has been really good to me and has kept me on her every week,” Bamford said.

“He could have anyone else on but he has put the faith in me and it was good to get one for him.”

Bamford hails from racing stock, but it was a chance encounter at his father’s café that led him into a career with horses.

“My grandfather, Neville Bamford, used to train a few. He was a police officer as well in Westport and was a hobby trainer,” Bamford said.

“I went to uni and didn’t really enjoy that. Phil Burrows’ partner, Bronwyn Jackson, used to come to Dad’s café and she overheard us talking about horses one day and she suggested I go out there, have a look around and see what it is all about.

“I went out there and I haven’t looked back since.

“I worked part-time for Phil for a year and then I worked for Geoff Dunn for two years. I have been at Regan’s (Todd) for three years.

“I love it, it is a great industry to be a part of – the people are great.”

Bamford also hold his trainer’s license and lined up his own horse, Ideal Grace, on Tuesday.

While he didn’t get the result he wanted with his mare, he said he will give her a break and reassess their options.

“I train one who is just battling away. I got my trainer’s license to give that a bit of a go,” Bamford said.

“Korbyn (Newman, driver) said it’s the worst she has paced this time in, so I might give her a bit of a let-up and find something else for her.”