As well as Tom Bamford having his first winner as a driver on Tuesday it was a notable day at Addington for other reasons too. 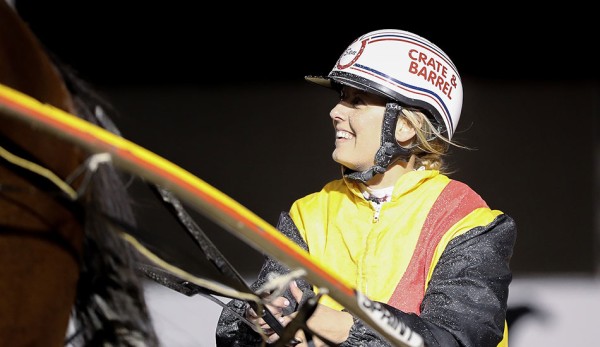 Sam Ottley became just the second woman to reach 600 winners in New Zealand, joining Nicky Chilcott, who has 665. Ottley got home by the merest of margins with Webs Reactor in race 6. It was her 6292th drive dating back to 2009. She then won again with Kowhai Shadow to finish the day with 601 career victories. 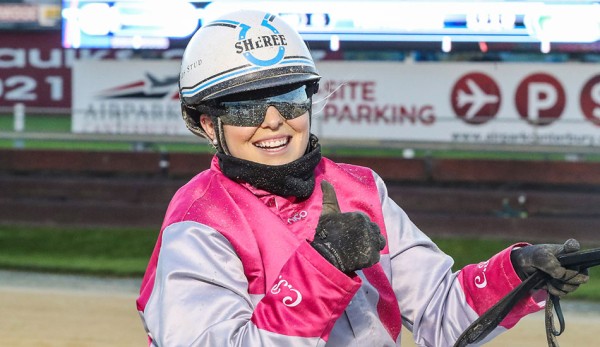 Sheree Tomlinson was also all smiles after reining her 200th winner. The Chris Gerken-trained Hazer was too good for his rivals in the Dunstan Horsefeeds Handicap pace (R4). It was her 12th winner this year, her double century coming from 2851 drives. Her first winner was in 2016. 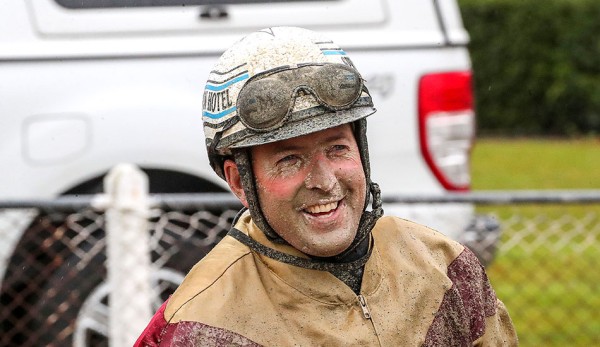 After achieving one milestone Stephen McNally is now on the brink of another. When William Gees Legacy stormed home to win at Ashburton on Sunday it gave McNally his 50th training success since he started out in 2005.It was also his 498th as a driver, with many of his victories coming through his very successful association with Ashburton-based trainer Brent White.

Steve and Amanda Telfer have become the first trainers to hit 50 winners for 2022. That takes them nine clear of closest rivals Mark Purdon and Hayden Cullen. In the driving ranks Blair Orange has nearly twice as many wins as his closest challenger, his total for the year stands at 89, with John Dunn next best on 45.

All fun for ex Kiwi

Seven years after heading to North America Quick Fun is still racking up the wins. The 10-year-old won his third in a row at Cumberland in Maine at the weekend, taking his career total to 24 wins. And it's unlikely to be the last - he won his latest race by five lengths. Quick Fun had two wins from six starts for the Blanchards being heading overseas in 2015.

Ambitious plans have been unveiled for a new harness racing track and "racino" to be built in Nevada. The proposal is the brainchild of the Nevada Standardbred Association and plans to set up a massive racing and casino complex, complete with stabling for 280 horses, on a site at Pahrump, 100m kilometres west of Las Vegas. In the heart of the desert Pahrump has a population of and around 35,000 and is not far from Death Valley. Currently Nevada does not have a dedicated harness racing race track.

Next safety course confirmed for Addington

Highlighting the potential hazards and dangers in the stabling area, the next scheduled Stable Area Awareness Course will be held at Addington Raceway on May 27. The course is compulsory for anyone aged between 6 and 14 who want to have access to the stabling area. For more information email [email protected]

Weanlings up for auction next week

On-line registrations are now open for anyone wanting to bid at the up-coming NZB Weanling sales at Karaka. A total of 113 weanlings will go under the hammer on May 26, a day before the Auckland Cup meeting at Alexandra Park, To find out more click here.