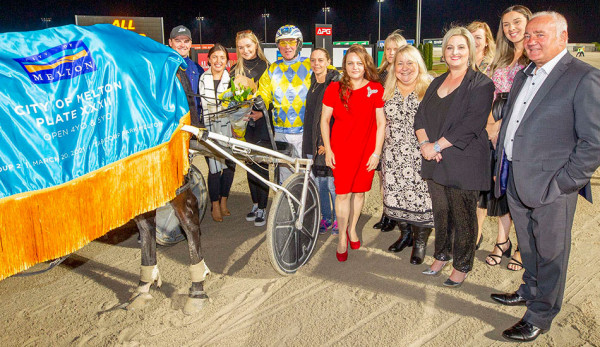 As fantastic as this campaign has been, Butt thinks he’ll be even better after a spell.

But there is one last target, the $100,000 Group Riverina Championship at Wagga on April 4.

It’s a race made easier by the fact Lochinvar Art is having a break and recovering from his hoof issues.

“He’d be spelling now if Lochinvar Art was right and going to Wagga, but it was too good an opportunity with him on the sidelines,” Butt said.

“Wolf Stride’s done a huge job over the past 10 months or so, he’s run some fantastic races and the experience in the good races will really help him when he comes back.

“The plan is a big spell, like the NZ style where they have all of winter off, and come back for the Victoria Cup (October). He’ll miss the Queensland winter.”

Wolf Stride snared another feature when he sat parked and proved too strong and classy in the $50,000 Group 2 Melton Plate at Melton on Saturday night.

Wolf Stride’s third in the Miracle Mile and fourth in the Hunter Cup showed he’s not far off the benchmark Aussie pacers headed by Lochinvar Art and King Of Swing. 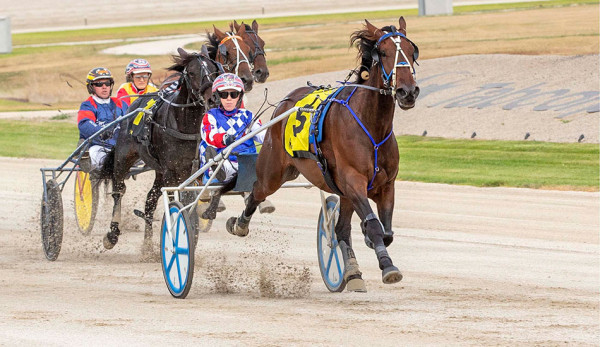 Trainer Andy Gath revealed he’d been trying to buy Globe Trekker for 18 months and watched his career with huge interest in NZ, where he'd won six from 44 for trainers Jason and Amber Lethaby.

A deal was finally done and the son of Majestic Son is now raced by Norm Jenkin, who races most of Gath’s star trotters, headed by Tornado Valley and McLovin.

Having his first start for the stable, Globe Trekker showed dazzling gate speed to lead easily, overraced a tad in the middle stages, but still won easily in a solid 1min59.3sec mile rate for 2240m.

“The gate speed was exciting and he did it pretty comfortably in the finish,” Kate Gath said. 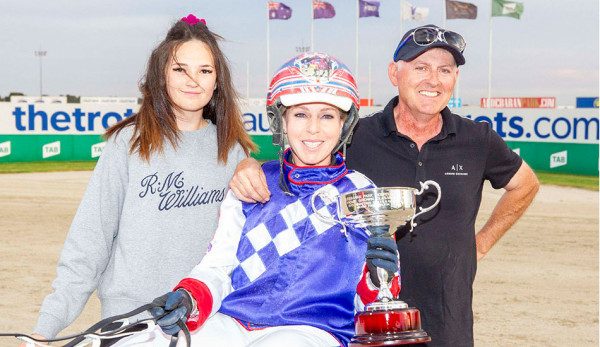 Central Otago, a three-year-old by Love You, was bred and raced by Yabby Dams before recently being bought by Jenkin for Gath to train.

“He’s promising. Once he was able to drive through and hold out (Michael) Bellman (on Sweet On You), I thought it was race over,” Kate Gath said.

Gath made it four wins on the night when she teamed with top trainers Emma Stewart and Clayton Tonkin for an all-the-way first-up win with talented Young mare Techys Angel in a brisk 1min52.3sec mile rate for 1720m.

She was a denied a fifth win when McLovin did all the work and finished second to classy and speedy mare Red Hot Tooth, who led throughout to win the Group 3 Scotch Notch Memorial. 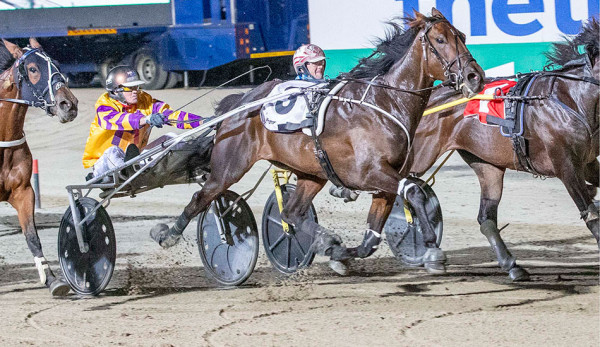 Memories of Chris Lang’s era of trotting dominance were rekindled when the master horseman snared a Group 1 win with three-year-old filly Perfect Polly at Melton on Saturday night.

It was Lang’s first Group 1 driving win since Sundons Gift in the 2011 Australian Trotting Grand Prix and his first training triumph at the top level since Kyvalley in the 2013 Bill Collins Mile.

Lang took a long time out of the sport and it’s great to have him back.

Perfect Polly is a three-year-old Muscle Hill filly bred and raced by Lang’s long-time supporter Richard Matthews, who raced the outstanding Let Me Thru, who was cut down in his prime by injury.

Champion driver Chris Lewis fuelled it further when he described him as a “freak” and “something special” after his blazing win in the $50,000 Group 2 Western Gateway Pace (2536m) at Gloucester Park last Friday night.

“It’s hard to compare horses and you can only go on what you’re racing this year, but I’ve got to say he’s up with the best three-year-olds I’ve driven,” Lewis said.

“The times he’s running are sensational and he can do it at both ends.”

Lavra Joe came from inside the back row, blazed a 57.2sec first half around the field to eventually find the front before roaring away to win by 19.9m.

His mile rate was 1min54.4sec – just 0.3sec outside the track record set by Vampiro on December 18, last year.

Lavra Joe looks to have next month’s WA Derby at his mercy.

It was a night for the young stars at Gloucester Park with brilliant three-year-old filly Black Jack Baby leading throughout to win as she liked as well.

The daughter of Follow The Stars dictated terms for driver Chris Voak before dashing hime in 55.9 and 27.5sec to post her 11th win from just 18 starts.

On the same card, exciting former Kiwi pacer Texas Tiger stretched his unbeaten WA run for Gary Hall Sr to seven races when he led and won as he liked in the free-for-all.

Trainer Russell Jack, a long-standing lover of the Bathurst Gold Crown Carnival, has qualified a staggering four youngsters for the two major finals next Saturday night.

Jack is the first trainer to have qualified three finalists for the Group 1 Tiara final since Victoria’s Peter Manning way back in 2004.

He won Tiara heats with the regally-bred Just Hope and Captains Queen, while Shez Bettors Babe qualified with a second to Eye Can Fly in her heat.

Of them, Just Hope, by Bettors Delight out of Australian Gold winning filly Queen Of Pop, was heavily backed in prepost final markets and looks his best hope.

The other major players in the Tiara final will be Anthony Butt and Sonya Smith’s Somebeachsomewhere filly Martini Stride and exciting pair Silk Cloud and Oppenheimer Blue, who fought-out their heat.

Silk Cloud, already a winner of the Pink Bonnet at Menangle a few weeks back, had the cold sit on Oppenheimer Blue and “pinged” her late off a cold sit to win narrowly but impressively.

In the Crown final for two-year-old colts and geldings. Jack’s lone runner will be Ninteenth Man, who easily won the first of the six heats last Friday night.

The one to beat in the Crown final the brilliant and unbeaten Mister Rea, who scorched a 1min55.8sec mile rate winning his heat for trainer Ray Walker and driver Daryll Perrot.

The other key runner is Clayton Tonkin’s Victorian raider Lightning Dan, who did plenty wrong again and still win his heat easily in a 1min57.9sec mile rate.

Lightning Dan, owned by Danny Zavitsanos, hangs in his races, switches on and off and was a real handful for driver Amanda Turnbull on his way to a 5.1m win.

WA warhorse Vultan Tin snared another feature with his fighting win in the $30,000 Group 3 Narrogin Cup on Saturday night.

The nine-year-old has enjoyed a stellar campaign, headlined by his upset WA Pacing Cup win and victory in the Pinjarra Cup.