Amber loses her locks for charity 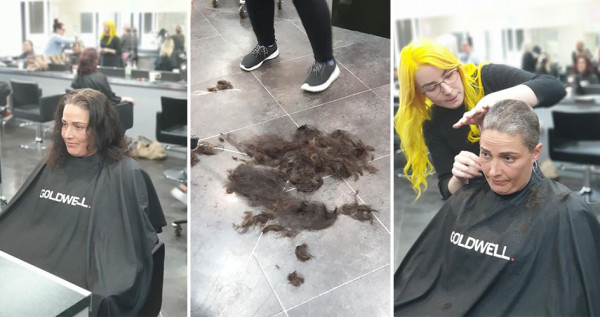 Canterbury trainer-driver Amber Lethaby says her new hairstyle is not a keeper, but has no regrets about losing her locks for charity.

She raised more than $3500 for the Child Cancer Foundation after taking part in a "shave your head for a cure" fund-raiser.

"I decided on a number two in the end," she says, "I didn't go completely bald and do a Sinead O'Connor - I left a little bit on."

Intially Lethaby thought she would be pleased with raising $1000 dollars but she soon surpassed that total, with money flowing in from a large number of harness racing people as well as friends and family. The final total was $3569.77.

While some have praised her new look Lethaby says she's not "staying like this" and has plenty of hats to keep her cosy during the winter.