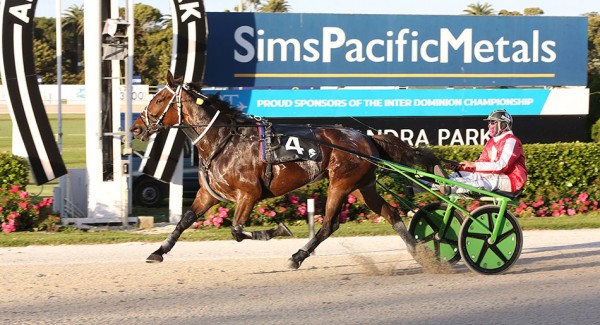 Trainer Ross Paynter was left with a feeling of job done after Lady Be Good’s win at Alexandra Park on Friday night but that doesn’t mean the speedy mare can’t get better.

The five-year-old trotting mare provided Cambridge trainer Paynter with the first leg of a feature race double when she took out the $20,000 NZB Standardbred Trot before Anditover led most of the way even from a 20m handicap in the main trot, both beautifully-rated by Andre Poutama.

Lady Be Good’s win was important because she rated 1:57.3 for the 1700m, giving her valuable black type as a daughter of group one winner Allegro Agitato.

“That is a huge help for her when she heads to the broodmare paddock,” says Paynter.

“But I think she actually has some improvement left in her.

“She can still get a little wobbly in behind under pressure, as she did this week, and I think a bit of work on her stifles will sort that out.”

Paynter is buoyed by news this week from the Auckland Trotting Club they will try and hold more mares-only races heading forward.

“I think that would be great to give the girls a chance to race away from the boys and this race was a tidy little field so I think there is a real future for that.”

The second leg of Paynter’s training double came with Anditover and he was strong to the line in only his second start back this campaign, breaking 2:50 for the 2200m standing start.

“He actually had no luck fresh up when he threw a shoe so we thought he might go all right this week because he was going well when that happened at Cambridge,” says Paynter.

“He is all but in open class now the way the fields are up here and he is probably better suited by the new calendar for next month in that the Sundees Son-type horses won’t be here for the National Trot type races because they have moved.

“So some of those nice open trots will suit this horse because he is very honest even if he lacks a little touch of high speed.”

While Cambridge trainers weren’t able to attend the meeting they took out one of the other features of the night when Harder Than Diamonds made it back to back wins in the main mobile pace, running down favourite Major Jellis late.

She paced 1:54 for the 1609m and it was her fourth win in 10 starts, suggesting she won’t be out of place in the Queen Of Hearts at Alexandra Park next month for trainers Andrew and Lyn Neal. 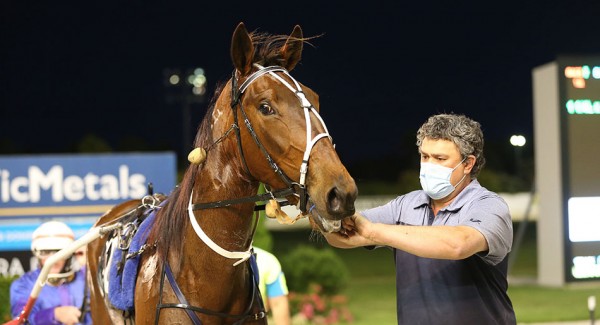 The other star of the show on Friday night was Lady Of The Light, who remained unbeaten at her fifth start in the Sires’ Stakes heat but that looked incredibly unlikely at the top of the straight.

The Jeremy Young-trained filly was well and truly headed by Obsession turning for home but once balanced up by Maurice McKendry fought back, with Obsession possibly peaking on her run with the winner buzzing her last 400m in 26.9 seconds, with her next challenge the elite South Island fillies next month.