Team Cameron was a neck away from the perfect day at Rangiora yesterday.

Kyle Cameron made it career training success number 50 when Tairlaw Toll just got up in race 6 (Christmas At The Races – Rangiora 19 December Mobile Pace (2000m) while father Ian Cameron romped home with veteran trotter Bright Glow in the very next race (the Sundees Son Dominion Trot) .

The father-son combo would have been three from three, but Kyle’s other runner Opawa Louie was second in race 4, a neck away from upset winner Hilda Maud ($23.90 and $4.90), trained by Angela Washington and driven by Jonny Cox. 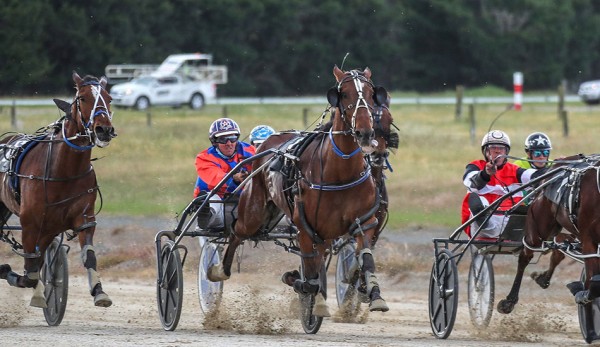 Kyle’s last training success before yesterday had been with The Optimist driven by Neil Munro in an Amateur Drivers race at Addington.

“I’d been on 49 for a fair while, I’d had a bit of a dry spell through October and November,” says Kyle Cameron, “so it was nice to get there.”

It was the Tairlaw Toll’s fifth win in 35 starts but his first for Cameron since moving up from Southland.

“I didn’t think I was going to get there 50 out but he just got up on the post.” 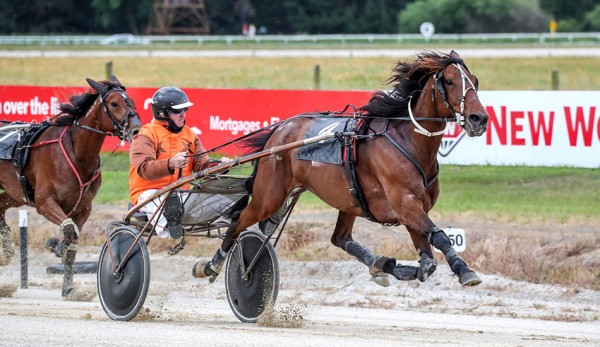 While Tairlaw Toll only won by a nose, Bright Glow’s winning margin was the biggest of the day, as he cleared out by more than four lengths.

“He was a justified favourite, “ Kyle said of Bright Glow who’s now won nine from 127, “ he was back in grade and had been racing well.”

Both father and son train at Fernside in North Canterbury.

For Kyle it’s his second milestone in recent times, having hit three figures as a driver. His total, after yesterday, stands at 102. After starting out in the early 1970s, Ian Cameron has 332 training and 511 driving wins to his credit.

The Camerons’ success comes after another father-son milestone at Manawatu earlier in the week. Michael House went past 600 training wins. He had five winners on the day, and they included a first ever driving success for his son Wilson, the 17 year old winning with Carrera Lucia.

The Houses will be back in action at Manawatu tonight, the first race starting at 5.25pm.