49th career win for Christen Me 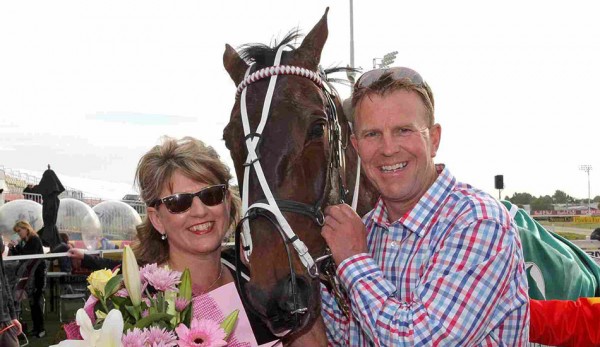 Today the son of Christian Cullen won the first at Yonkers Raceway in New York. It’s his third win this year, and his 17th overall in North America.

Before being exported to the USA in March 2017, Christen Me was an 11-time Group One winner, accruing 32 wins from 68 starts and nearly $2.5m in stakes.

At the time Dalgety said “he’s been a flag bearer for our stable for many reasons.”

“He’s laid back around the stables, but he’s got a strong personality on race day that you cannot help but like.”

He was a three-time starter in the New Zealand Cup with his best placing being a third to Terror To Love in 2013.

In the lead-up to the 2015 New Zealand Cup he was plagued with a virus, and was sidelined for nearly a year. He never got back to his best.

Christen Me’s fastest winning mile rate in the USA was 1:49.2 at Dover Downs in Delaware in 2017, though he did run 1:48.2 when beaten at the Meadowlands in the same year.

With today’s success Christen Me is now just one victory away from registering his 50th win.