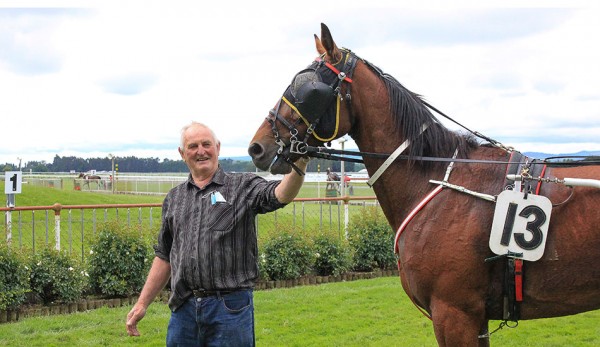 Balfour trainer Robert Wilson’s skilled hand with a trotter saw him notch his 50th career victory after he produced Willangus Lad and One Two Menny to win at Winton on Sunday.

Both trotters strode to powerful front-running wins continuing the excellent progress they have made under their trainer’s guidance.

Wilson only turned his hand to training after several decades as a prominent breeder, owner and administrator, but he’s been racking up more and more victories since taking out his training licence in 2012.

His results with trotters have been particularly with 30 of Wilson’s 50 victories coming with squaregaiters.

The trainer’s patience with a trotter was evident in Willangus Lad’s victory in race 5.

After charging out of the pack to run third behind Love N The Port at Addington on New Zealand Cup Day many would have expected the five-year-old to line up and be hard to beat on Show Day.

But Wilson had other ideas and got his reward on Sunday.

“I thought he was a bit unlucky on Cup Day, he finished on great, so we were pretty happy with him.”

“I didn’t back him up on Show Day because I didn’t want to put him behind the mobile.”

“I am not a fan of mobiles for trotters, they say it’s stands that are the problem, but I think it is mobiles that get the horses fizzed up.”

“I am trying to keep his head in the right space and that’s why I chose this race.”

Willangus Lad impressed when winning three of a five-start run over spring and summer last year.

After going for a spell soon after, the trotter has re-emerged an even better proposition in the new season.

“He is slabby horse and he has taken some organising, but he has had the motor there.”

“At the end of last season, we had a few trouble with his feet.”

“He had two under-runners in his soles, but his feet are much better now.”

“He is a pretty nice horse.” 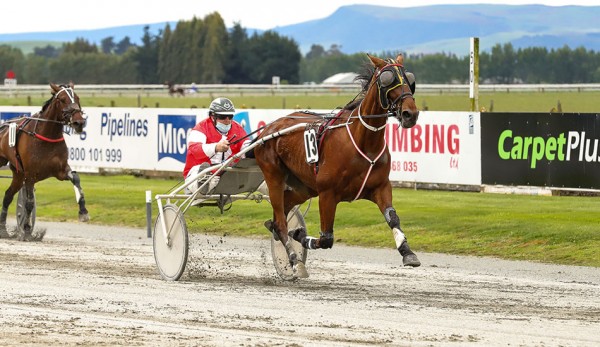 One Two Menny showed off his big motor when powering away from a handy field of trotters to win race 6, Sunday’s ‘Gold Chip Final’.

The talented but wayward four-year-old from the family of star mare One Over Kenny, broke early before going on to produce a brilliant five-length win.

While he clearly has some work to do refining the horse’s race manners, Wilson has a big opinion of the trotter.

“I really like him, I think he is quite a nice horse, he’s got a lot of speed.”

“We are winning the battle with him, he is getting better all the time.”

After getting his team home, fed, and tidied up after Sunday’s win. Wilson was off to catch up with good friends and part-owners of Willangus Lad, Peter Scully and Greg Davis, for some quiet refreshments to celebrate their victory and the trainer’s 50 win milestone.

“It’s great, it’s taken a little bit longer because I didn’t get a win in the first couple of years.”

“But after that, it has been good, I have only had a small team and it’s very satisfying because a lot of work goes into it.”

Kirk Larsen piloted One Two Menny to victory for Wilson on Sunday, while John Morrison was in the sulky behind Willangus Lad.